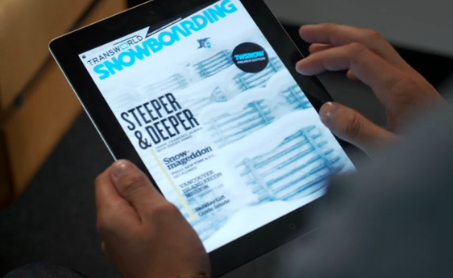 For centuries, we have organised our life, learning behaviour and physical space around books. We now consume information online and in downloads. Are we ready for a life without books?

Mag+ – For creatives, by creatives from Mag+ on Vimeo.

Homer at LDF11: A nod to the Gutenberg press from Sojournposse on Vimeo.

LONDON, UK, September 2011 – Multimedia storytelling collective Sojournposse will be showcasing another event at The London Design Festival 2011, this time on the future of books in the digital age.

“Whatever is to become of books?”, a seminar and multimedia event to be held at the Department of Anthropology, University College London (UCL), on 17 September 2011, will see speakers from Design, Publishing, Multimedia and Digital Anthropology discussing the change in traditional publishing platforms and its effect on the labour landscape. It will also address the issue of the shift in narrative in design, literature and journalism, from traditional storytelling to digital storytelling, and how this changes the way consumers ‘memorise’ and document information.

On the panels of speakers are Moving Media+ (Mag+ and News+ digital platforms for tablet magazines and newspapers), The British Library (digital curation of books), Blurb Books (digital publishing for independent photographers), Oxford Brookes International Centre for Publishing Studies (technology and design of new publishing platforms), The Comic Grids (the effect of digitisation on the comic books), The Photo Book Club (preservation of the photo book culture), the NUJ Books & Magazine (labour landscape) The Ballet Bag (narrating the ballet in a digital medium) and Not On The Wires (digital storytelling and intellectual property).

The event will also feature “Homer”, a book scanner developed by digital anthropologists using a digital camera, an open source software used by Google Books and a laptop – a digital nod to the Gutenberg press. It will be used to scan the King James I bible, marking the 400th anniversary of the completion of the authorised version, which was in 1611. It is also to commemorate the 408th anniversary of the accession of James VI, King of Scots, to the throne of England, which united Scotland and England under one monarch. This is in line with the festival’s main showcase at St Paul’s Cathedral.

Backed by the Department of Anthropology, this event will be held in support of the Anthropology programmes MSc Digital Anthropology, MA Material & Visual Culture and MA Culture, Materials & Design – all of which were developed by the Material Culture division to examine group behaviours around artifacts, including digital applications.

Book tickets and see details of the day’s programme here on Eventbrite.
Five Minutes With: Interviews on the future of the book Read

Press contact: To find out more about the event and the bricolage ‘Gutenberg press’ prototype, contact editor@sojournposse.com.

This event is also done in support of the innovative 3/11 Tsunami Photo App Project, to help the victims of the Japanese quake in March 2011. £1 of each ticket sale (£3.75) will be donated to the 3/11 Tsunami Photo Project. “Whatever is to become of books?” is a non-profit event.
Tickets: http://storyofbooks.eventbrite.com/

NOTE TO THE EDITORS

Multimedia storytelling collective Sojournposse was founded in 2006 by creative director Zarina Holmes and digital anthropologist Salina Christmas. Sojournposse Purpose is its social action initiative that collaborates with organisations to help them communicate their Corporate Social Responsibility and Community Interest values. Its method is to combine creative strategies, community conversation and digital multimedia production techniques which are informed by digital anthropology in devising programmes which supports situated learning within work and social settings, and outreach projects. In 2009, Sojournposse collaborated with Nissan Design Europe for the company’s electric car exhibition, “East Meets West”, for the London Design Festival 2009. For the London Design Festival 2010, Sojournposse hosted “Aesthetics as A Means To Heal”, which saw the Samsung Galaxy Tablet introduced to the general public for the first time ever outside a trade event.
www.sojournposse.com
http://www.londondesignfestival.com/profiles/sojournposse

ABOUT THE LONDON DESIGN FESTIVAL 2011

The London Design Festival is made up of programme of over 200 events, to take place between 17 September and 25 September 2011. Its aim is to promote London as the world’s capital of design by highlighting talent to the fore every year to connect with others, explore issues, do business, exchange ideas, and have fun. In 2010, the Festival attracted an estimated 350,000 direct visitors from 22 countries.
http://www.londondesignfestival.com

ABOUT THE DEPARTMENT OF ANTHROPOLOGY, UNIVERSITY COLLEGE LONDON

UCL is one of the highest rated universities in the world, coming fourth after Harvard, Cambridge, and Yale in the 2009 annual Times Higher Education-QS World University Rankings. The Department of Anthropology at UCL is the world’s leading centre for the study of Material and Visual Culture. The department publishes the Journal of Material Culture, and several relevant book series. They have nine specialist staff in material and visual culture, and currently supervise nearly fifty PhD students specifically in this field, including many with topics in digital anthropology. The London Design Festival event organised by Sojournposse is supported by staff and postgraduate students of MSc Digital Anthropology.
http://www.ucl.ac.uk/anthro/digital-anthropology/index.html