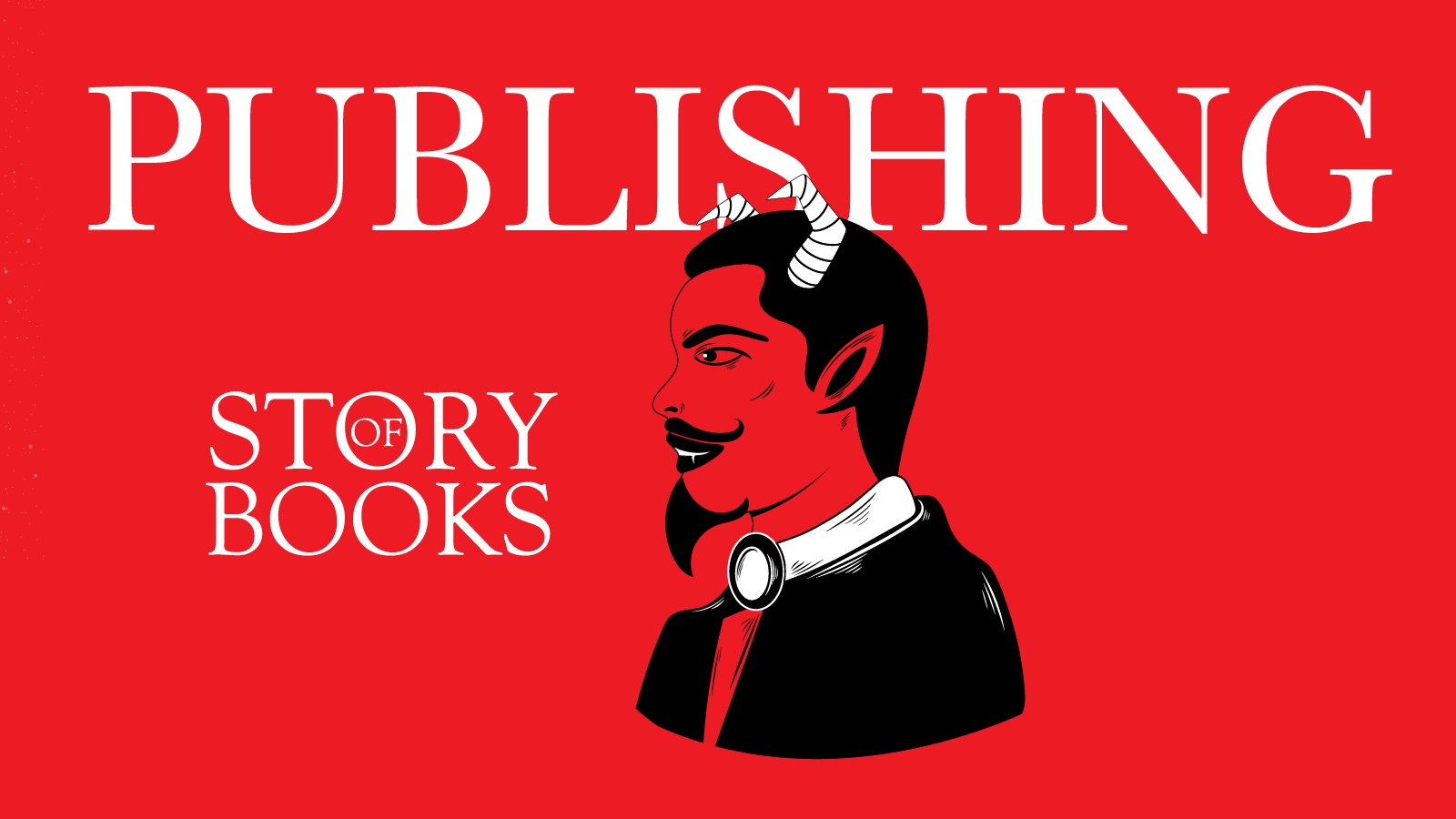 Remember Lestat de Lioncourt of that lush gothic novel, Interview With A Vampire, by Anne Rice?

Blood Communion: A Tale of Prince Lestat is the latest edition to Rice’s Vampire Chronicles. Barnes & Noble has announced that the book will be available for pre-order on 2 October 2018.

The chronicles are also making their way to Hulu as a TV show. Rice has regained the rights to The Vampire Chronicles after selling them to Universal Studios in 2014. It is reported that she would like the TV adaptation to be like Game Of Thrones.

Shit Drawings of Theresa May

The publisher of Shit Drawings of Boris Johnson has informed us that the zine, as well as Shit Drawings of Theresa May, are back in print and available to buy at https://lessthanfivehundred.bigcartel.com/products. 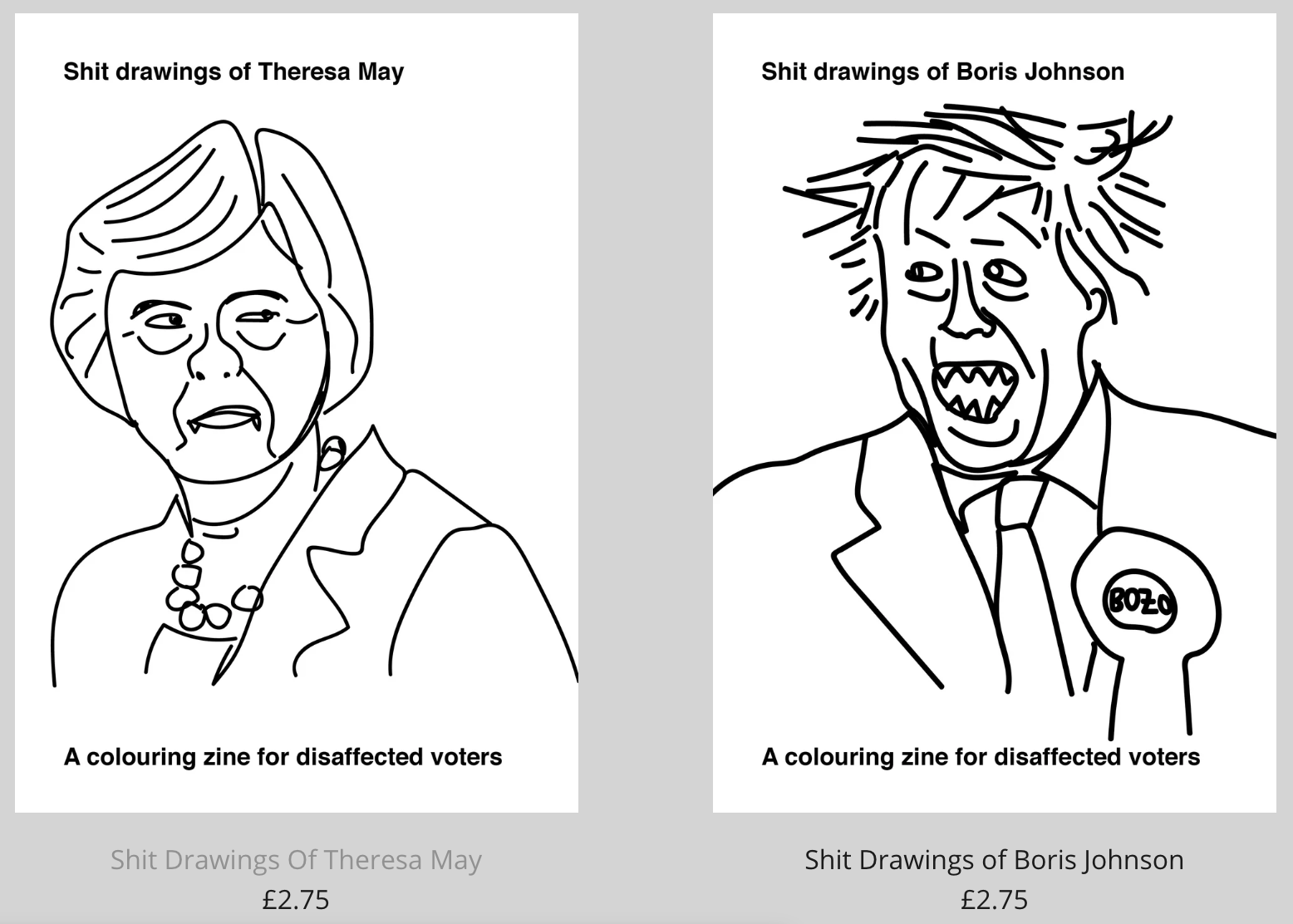 Apparently, the Theresa May zine had sold out by the time we found the publisher at the London Art Book Fair.

Books are getting too long

Books are getting too long and it is little wonder that readers simply ‘ghost’ it halfway through one.

Unfortunately, the judges of the Man Booker Prize can’t ghost it like we do. They have to read the longlists and the shortlists. Chairman of the judges, Kwame Anthony Appiah, used a few understatements to break it nicely to us that some submissions are way too long and perhaps can be better stories if the editors just get on the case.

“There were times when we felt the editorial role could have been, shall we say, more energetically performed,” he said. “The chastening pencil has its role, and subtraction can be as potent as addition.”

We’ve heard this many times before – at London Book Fair, on Reddit. This year, we heard the Scottish crime writers at the Tartan Noir section of The London Book Fair talking about the pressure of packaging in a format of 250 pages or more (“150 pages would be nice”; “long form is shite”).

If you look at Mills and Boon Dare, for example, the minimum word-count for an erotica submission is 50,000 – about 200 pages or more. We wrote our master dissertation in 70,000 words – and that’s six months of writing and two years’ worth of fieldwork. It’s time-consuming. Who has got the time to bash out 250-page fictions two, three times a year? Unless you are financially sorted.

The issue, as many readers point out, is not so much that the story is long. If they buy into the story and the characters, they don’t mind the serialisation. It’s the long and winding plot that they can’t stand. A well-written one-book story is better than a boring three-book story. We also feel that the prose fiction, constrained by the text for interplay of ideas, fares less better than the graphic novel in narrating shorter, serialised stories.

Weekly FAQ Thread September 23 2018: Advice for someone who never finished a book. from books

Also, the book is not just about the buyer’s market. It’s an attention economy. Some readers like quality fictions but they have to find time to read them. As an avid fantasy fan told us, there’s nothing worse than having to speed-read through a fiction because “it takes three pages to describe a window – you feel you’re cheating yourself, and then you miss out on important details”.

A book of 120 pages is not a bad idea in terms of consumption.

About The Man Booker Prize

Graphic novel didn’t make it to the Booker Prize shortlist

Sabrina by Nick Dnarso, the first graphic novel to be on the longlist of the Booker Prize, didn’t make it to the shortlist.

Several weeks back, the news of its nomination raised a few eyebrows (“the first ever graphic novel to be nominated!”), which goes to show that some people still don’t equate graphic novels with good Literature.

Maybe Dnarso will fare better at the Eisner Awards, which has now been going strong for three decades. Once the British literary scene gets over the hang-ups of privileging text over images for good storytelling – an issue also faced by photojournalists in journalism – then there will be enough confidence to back a graphic novel as a finalist of the Man Booker Prize.

Haruki Murakami has withdrawn from the alternative to the Nobel prize for literature, leaving Neil Gaiman, Maryse Conde and Kim Thuy in the running.

The award was set up after this year’s Nobel prize was suspended due to the sex scandal involving the husband of one the Swedish Academy members.

It is probably wise for Murakami to do so. For years, he has insisted that he’s more interested in writing, not winning awards for writing, despite being nominated for the Nobel prize several times.

Gaiman is highly popular, and respected in and outside the fantasy and graphic novel circles. He has a good chance of winning it.

It’s nice for the Swedes to be mindful on this issue. We truly appreciate it. But we are also aware from the recent ousting of the New York Books of Review editor that #metoo is far from over. It has now spawned a new hashtag sequel equally unsettling and upsetting: #WhyIDidntReport.

More on #metoo and literary awards

The future of publishing is Donald Trump forever

We hope not. But this Redditor, a bookshop sales assistant, is seeing no end to Donald Trump titles on the shelves.

Yes, we are sick of it and of that man, too. 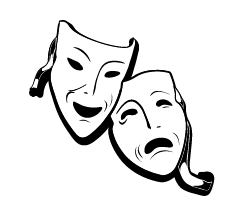