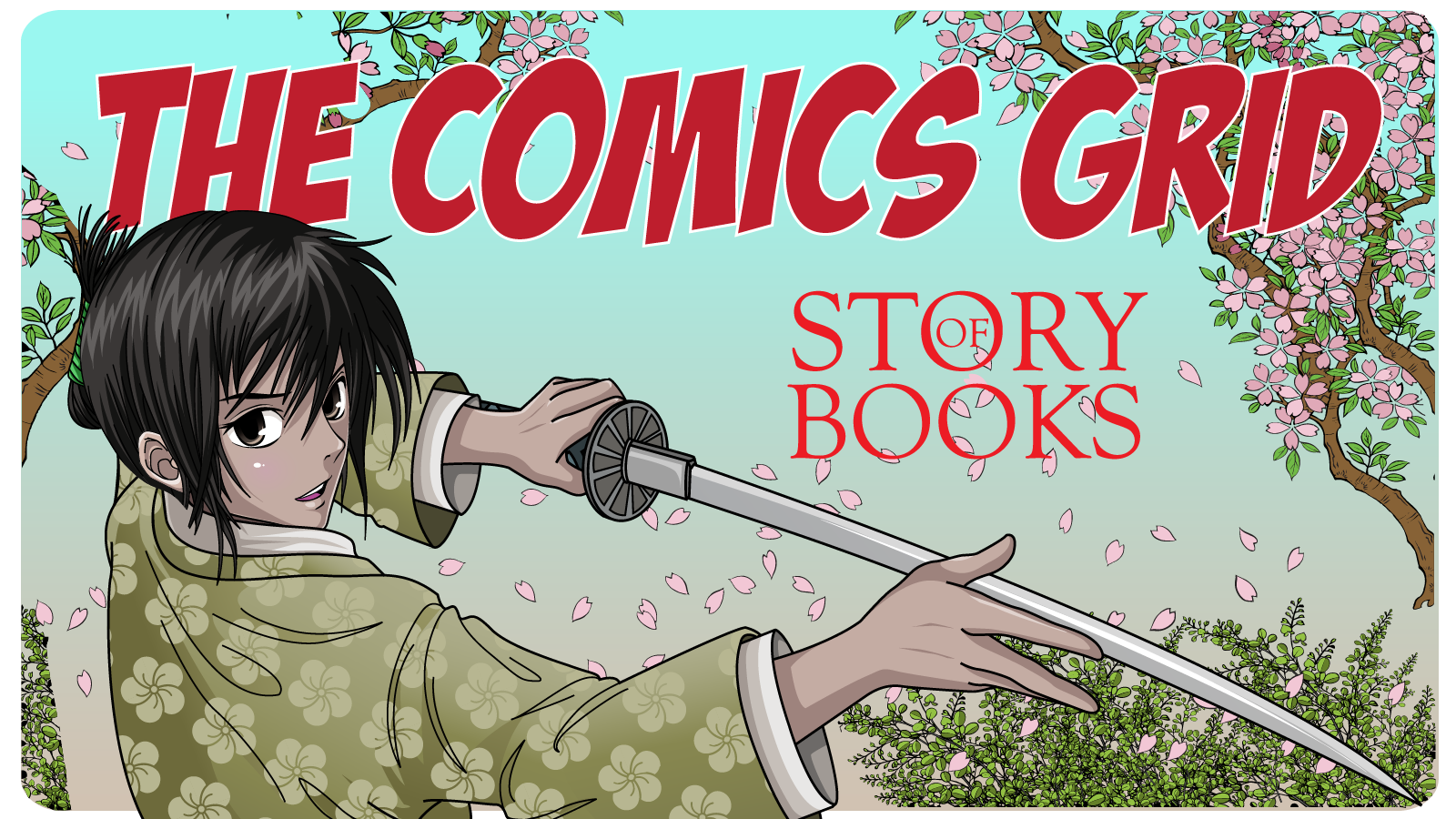 The Comics Grid’s commentary on the Manga exhibition is now out; British Museum reports surprisingly good sales of manga; Akira film adaptation is delayed because of Thor; Spider-Man gets embroiled in Disney-Sony dispute. Our Summer Of Heroes edition continues with the coverage on manga and anime in London.

Our review of The Citi Exhibition Manga マンガ  at British Museum is out, days before the popular exhibition concludes this weekend.

Thank you to Dr Ernesto Priego for commissioning us, and to Japan House for organising the symposium on Classical Arts X Digital Technologies in June 2019.

We’d also like to thank the manga and anime artists who have the vision and determination to move us with their stories.

Our Creative Director attended the British Library symposium, What is manga?, on 23 August 2019. The symposium nearly concludes our coverage of the manga events happening in London throughout summer.

Our coverage began with Tagame Gengoroh in June 2019. The speakers at the symposium included academics, curators and experts in manga studies. It touched on the origin of manga, semiology, role of manga comics today and where it’s heading.

Prof Nicole Rousmaniere of the British Museum clarified a few things about Asirpa, the Ainu girl chosen for the The Citi Exhibition Manga マンガ  poster. We raised this in The Comics Grid review. Rousmaniere said that particular image of Asirpa was chosen for a few reasons. The makiri knife that she is depicted holding is made by the Ainu artist Kaizawa Toru, whose sculpture is currently on display at the British Museum. Toru is also good friends with the creator of Golden Kamuy, Satoru Noda.

OK, so that explains it.

Golden Kamuy charts the life of a Russo-Japanese war veteran in Hokkaido. It is a seinen manga, quite graphic in some parts. But we’re sure you’d enjoy the manga, especially the anime which is now available on Amazon Prime. Don’t forget to close your eyes!

Ito Go of Tokyo Polytechnic University and Natsume Fusanosuke of Gakushuin University explained the semiology behind “Manga iconography”. For this session, the pair referred to Osamu Tezuka’s works for examples.

Natsume demonstrated how certain expressive strokes could transform a line drawing into a manga. “Foreigners think manga is about big eyes, small nose and small mouth. But there is more than that,” Natsume said.

Dr Yoshimura Kazuma of Kyoto Seika University presented a talk on “Manga Literacy” that covered important points on learning. He showed an example of manga for one- to six-year olds where the panels were numbered. By the age of eight, children are able to understand manga. His research showed that the eyes are important in engaging with disabled readers. They respond better when the manga characters’ eyes are looking directly to them, compared to when the characters even are depicted looking away or sideways.

Prof Rousmaniere revealed that sales of manga at the British Museum souvenir shop were encouraging. Visitors bought not in single editions but in complete volumes of the manga series. In previous exhibitions, it was merchandise like jewellery that had a good turnover. Manga fans, however, spent a lot on books. Well, welcome to the world of comics. It’s a reading culture, and one that’s always hungry for information.

Japan is an opinion leader in animation, but there’s still some catching up to do in design history and material culture. It’s important to preserve everyday design objects as much as the high-art, classical artefacts. When a speaker told the audience that Japan is lagging behind in design history compared with Britain, our Creative Director – a postgrad of design studies – thought: oh wow, we still have a lot of catching up to do in the United Kingdom.

“I’m tired of ‘Cool Japan’,” said one audience from the floor. If manga becomes the mouthpiece of “officialdom”, will it cease to attract fans and diminish its free spirit? Scholars don’t want to knock the marketing efforts of manga. They need the exposure and revenues. However, “cool” is not what an independent publishing industry and a movement of very private otakus originally aspire to.

7. The future of manga

Where is manga heading to next? As any form of publishing, it needs to keep evolving to engage with the tech-savvy audience whilst still maintaining its core value. Should manga museums and exhibitions cater solely to young people?

Story Of Books believe that manga shouldn’t alienate mature audience. It has been around for a long time. Mature readers still consume manga, but they seek works that have more depth or have an ageless, universal appeal.

A member of the audience pointed out that “Cool Japan” was a reaction to “Cool Korea” movement. So, where Japan is heading next in terms of manga depends on what South Korea – currently more advanced in tech – does next. We applaud the closing remark by the speaker of “Shojo Manga”, Professor Takemiya Keiko: “Let’s use manga to create peace.”

So what’s happening to Akira the film, based on the seminal 1988 anime by Katsuhiro Otomo? Taika Waititi, the director of the project, is delaying it to shoot another Thor film under the Marvel Comic Universe (MCU).

Akira the anime is based on Otomo’s 1982 manga of the same name. Waititi mentioned earlier that he’d cast Japanese actors for the leads, possibly to avoid fans’ disapproval. The casting of Scarlett Johansson for Ghost in the Shell offended fans although she was favoured by the publishers.

Akira is a classic, so it won’t be easy for Waititi to fulfil fans’ expectations. The storyline is good, the frames are amazing – you don’t get to see motorbike renderings like that anymore – and the soundtrack is unforgettable. Anime fans are never sure if a major film studio will respect the points of reference they are familiar with. But let’s give Waititi a chance. He probably has a unique point of view and can do a better job than that man who adapted Constantine into a TV series.

Caught in a web of disputes

Fans might not be able to see Spider-Man in any crossover MCU films in the future. Here’s the scenario: Sony owns the rights to Spider-Man films. Disney owns the rights to MCU films and the merchandise of Spider-Man. Disney wants to split the costs of producing a Spider-Man film 50-50. Sony said no. The latter, given its track record in producing hit fantasy movies and its animation ties to Japan, is more than capable of producing a good film on its own. Case in point: Spider-Man: Into The Universe. It was as a global hit and had won a few Academy Awards.

This explains why some comic legends we saw at MCM Comic Con in May 2019 mentioned their decisions in staying away from film-making decisions. They kept to comics or merchandising instead. They created the superheroes that we know today, but they said there were too many cooks once their projects reached the film studios.

Could the comic publishers maintain their independence by expanding to animations first before adapting their works into live action films? We see many manga series being adapted into anime series first before they become films. That prolongs the longevity of the illustrated works and strengthens the clout of the illustrators.

Why are comic publishers in a hurry to adapt their works into live action films or TV series? Couldn’t they give animation a chance, and thus, protect the creatives’ bargaining power? 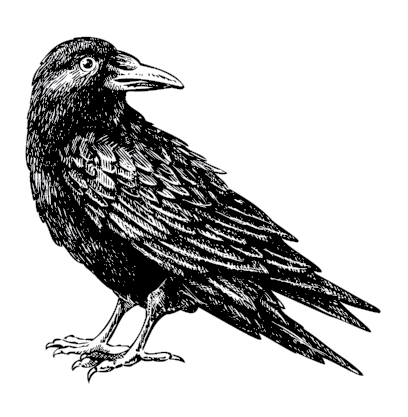