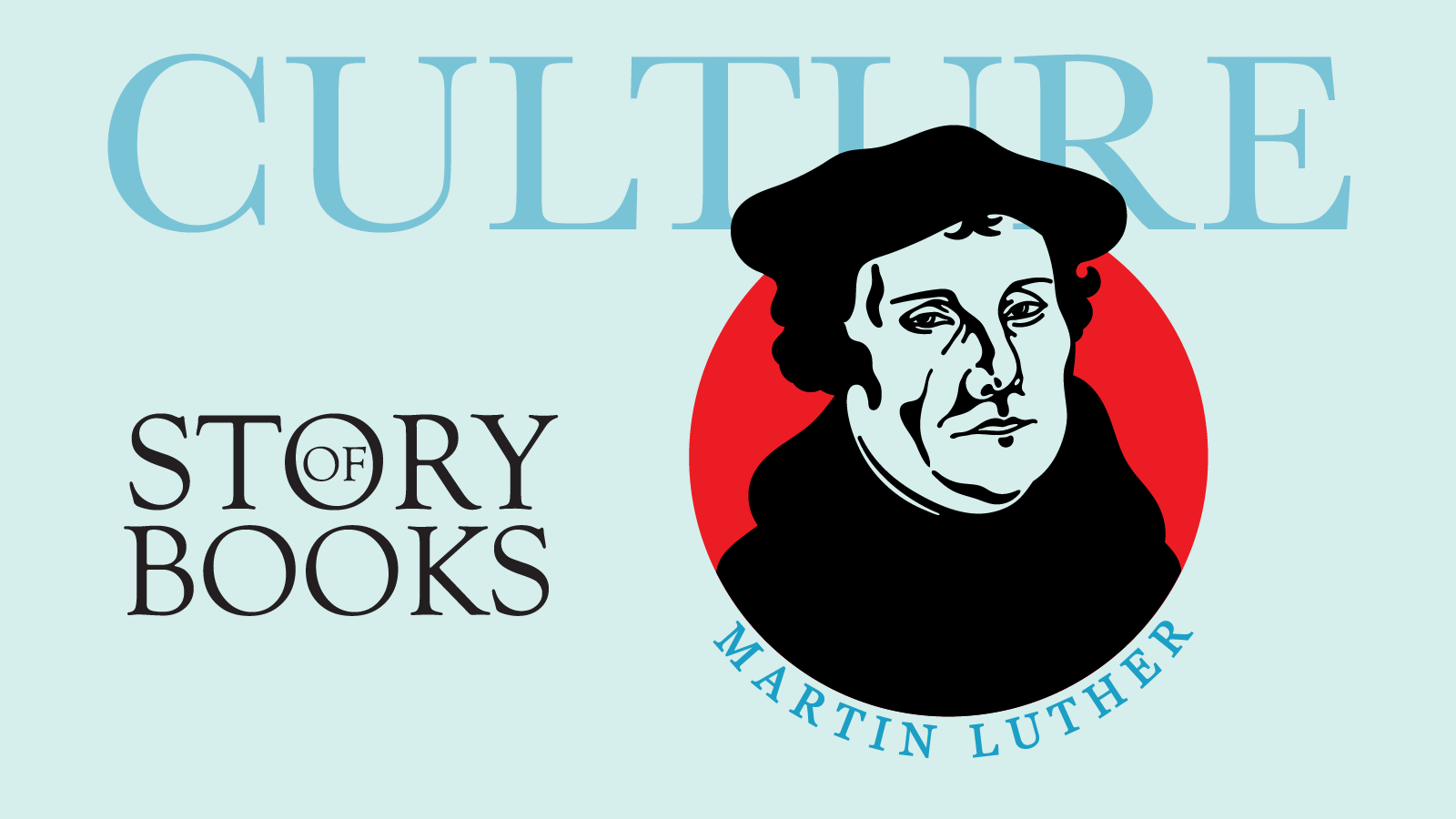 In this age of social media and short attention span, how do we conduct a debate without sinking into polemic? Trump does it, Elon Musk does it, even world-class anthropologists do it. Are insults inevitable in expressing dissent? Drawing examples from the book Martin Luther, Matt Voigts discusses mud-slinging in the time of Reformation and Brexit.

Can you tell me what you are researching on at the moment?

I’m currently finishing up my PhD dissertation at the University of Nottingham, which is about how refugees and asylum seekers in the UK and Europe manage privacy on social media.

Looking into Luther is a personal side project. I grew up (and still identify as) Lutheran, and went to undergrad at Wartburg College, which had a strong sense of ‘German-American Lutheran’ heritage. It was founded to train pastors for German-speaking congregations, and while the school has changed a lot since then it has a strong theology department. So I grew up with a strong understanding of what at least a certain branch of Midwesterners regard as Luther’s key religious ideas that stood the test of time. As undergrads there, too, we were well aware of the amusing contrast between our own Midwestern politeness (if you’ve seen Fargo, you know the stuff) and our denomination’s founder’s vicious, scatological sense of humour. When I joined my parents on a visit to my aunt and uncle’s house in Germany, we decided to visit some key Reformation sites – to go back to ‘Luther land’ – it was a good opportunity to finally pick up a biography of Luther the man and fill in some gaps in my knowledge.

“Modern norms of politeness and privacy partially grew out of reactions to the violence and vicious public rhetoric of the Reformation era. Now we’re shocked at online language in reaction to those ideas.”

How did you come across Lyndal Roper’s book, Martin Luther: Renegade and Prophet?

The short answer is it was the first ‘birth to death’ biography I ran across in my university library, one of several books on the topic I checked out and the only one I’ve as yet read. But also, 2017 marked the 500th anniversary of the Reformation that Luther started – when he published his 95 Theses, challenging the Church’s authority in general and specifically the selling of indulgences. I’d heard Roper’s book is well-received, and is part of some recent popular and scholarly interest in Luther.

Dispute between scholars and their students, and with other scholars, are not new. If Luther and Lemnius were alive today, do you think Twitter would be ablaze with insults and hashtags, like #HAUtalk?

Of course! The German university culture in the early 1500s was lively and intense, and Luther in particular was known for being a witty, vicious insulter comfortable with discussing bodily functions. I’d recommend checking out the online Lutheran Insult Generator to get a sense of their flavour. Plus – as you can see from the Lemnius story – scholars were sharing both significant ideas and petty insults with what was then a relatively new mass media technology, the printing press. We can still read those words 500 years hence.

Or perhaps they would have toned it down for social media (too open for the public), assuming that the verses were only for the consumption of the literate and highly educated, who we can imagine weren’t that many in the 1530s?

Quite the opposite. Rising literacy rates helped lay the groundwork for the Reformation, and Luther’s ideas spread because people could both read them and get a hold of mass distributed printed copies. He wasn’t shy about sharing his opinion in strong language, and wrote different texts aimed at different audiences – including the ‘common people’. His translation of the New Testament into the vernacular helped codify the modern German language.

Moreover, literacy was central to Luther’s theology. He believed that salvation was a matter between God and the individual, and that the institutional, political structure of the Catholic Church was unnecessary for that. It was important that people read the Bible for themselves, where previously it was up to the priests and church hierarchy to interpret. This also made Luther’s project a secularising one, entailing some distinction between church and state. You can see in the Reformation a lot of modern ideas in development. Broadly speaking, Luther is advocating for literacy, secularization, and the ‘liberal self’ – the idea that, you, as an individual, matter and have thoughts that matter.

“After all that violence, some European thinkers started to believe that not only do your individual ideas matter, but maybe you ought to keep your ideas on some topics (like religion) to yourself.”

As for Lemnius, though, Roper writes that it was unclear if the printer understood the coded Latin acrostics insulting the powerful local. Overall, I’d read this particular over-reactive incident as being less about a worry about popular opinion than something like what might, say, happen at any school when the teacher finds the students making silly, insulting songs about the headmaster. It was provocation, and Luther’s punishment was exceptionally harsh. Also, Lemnius was positive toward the Archbishop of Mainz, long one of Luther’s nemeses, and by this point, late in Luther’s life, he was exceptionally cranky and intemperate. So it possibly had less to do with the content per say than Luther and Lemnius’ personalities.

That being said, Luther came from a bourgeois background and while he challenged the power of Rome, he wasn’t always sympathetic to other ‘outsiders’ or the masses – as when he sided with the nobility in the Peasant Revolts of 1525 and 1526, setting down his opinions in a piece called Against the Murderous, Thieving Hoards of Peasants (Wider die Mordischen und Reubischen Rotten der Bawren). He was strongly focused on spiritual liberation and didn’t always empathise with the materially poor’s material concerns.

The New Statesman once said that Protestantism “was the first great Eurosceptic thing, the setting up of local power bases against a shared wisdom”. What’s your view on this? We need debates, we need our prejudices constantly checked, but how can we manage this without sinking into polemic?

Wilson’s article gives a great overview of the politics of the Reformation. My own interests are more on the philosophy, religion, and everyday sociality sides. Luther gave regional rulers a theological justification to claim independence from Rome’s Europe-wide governance. The Reformation disunited Europe, and laid bare really different underlying philosophies of how government should work. But it would be a mistake to read the Reformation as a kind of ‘anti-EU’ movement of its day. The ‘Brexit’ issues – the movement of people, trade, ‘nationalism’ as we understand it today – weren’t on the table then. The modern ‘nation-state’ doesn’t enter the scene until the 1648 Peace of Westphalia, which was a response to a century-plus of violent upheaval that the Reformation brought.

“It would be a mistake to read the Reformation as a kind of ‘anti-EU’ movement of its day. The ‘Brexit’ issues weren’t on the table then.”

After the Reformation, European thinkers also started more carefully qualifying and tempering public discussion. Another recent book, Mere Civility by Teresa Bejan (2017), discusses how after all that violence, modern Europeans started to believe that not only do your individual ideas matter, but you ought to keep some of them (on topics like religion) to yourself and not have massive continent-altering wars on the topic. Bejan’s book then discusses differing philosophies that followed on what was worth fighting about in public, and what views you could possess as heartfelt as you like in private. That’s more where the background to my own primary research on privacy comes in, and where perhaps we might see a bridge between Luther’s verbally vicious time and present-day Twitter. Modern norms of politeness and privacy partially grew out of reactions to the violence and vicious public rhetoric of the Reformation era, and now we’re shocked and appalled at online language in reaction to those ideas.

Plus, Luther was a polemicist – that was his style – and he took a number of positions that were extreme then and sound abhorrent today. He also used the witty, foul language with which he attacked the Church’s abuses against many individuals and groups – the peasant rebels, Jews, Lemnius – who didn’t deserve it, and those people suffered. So there’s a lot about Luther’s style of speech and views I don’t think we should emulate today.

“It’s always going to be a challenge to communicate your ideas to people with whom you disagree, especially when you feel those conversations are very urgent.”

It’s always going to be a challenge to communicate your ideas to people with whom you disagree, especially when you feel those conversations are very urgent. One thing I’ve learned working on a PhD is how hugely important of skill it is to understand and characterise another’s point of view, even (or perhaps especially) if you disagree with him or her. This is both so you understand the ideas themselves, and you build some empathy and credibility with who you’re talking to. It’s easy to lose that nuance and empathy in polemics and online conversation more generally. Listening well before having a verbal confrontation is a good thing, as is being able to step back and reflect on where you might be wrong.

Matt Voigts is an anthropologist studying for a PhD at the Horizon Centre for Doctoral Training at the University of Nottingham. His research focuses on privacy and agency in refugees’ digital communications. More on his research is available at https://rightsandjustice.nottingham.ac.uk/items/show/50.