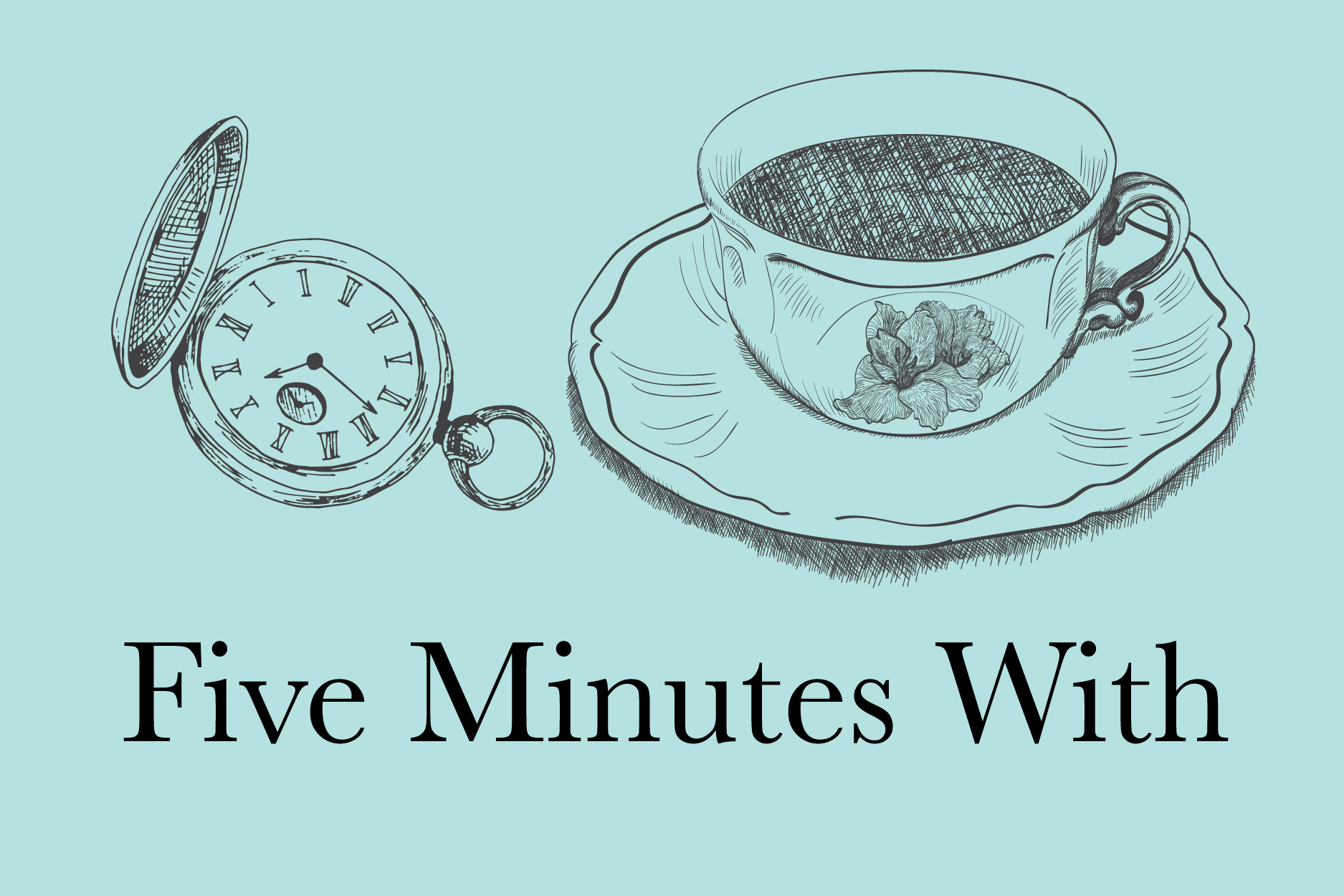 Nursery rhymes are funny and cruel, but also playful and socially acceptable. Michael Coles explains how he constructs his nursery rhymes, and how his play of words grows from another form of game: a deck of playing cards.

Could you tell us briefly about yourself and the idea behind Over The Hills & Back For Tea?

I’ve been working in graphic design in London since the 1970s. In 1979, I started the Malicious Damage Records label with some friends and the band Killing Joke, and am still working with the band and running the label nearly 40 years later.

A couple of years ago, I published my book Forty Years In The Wilderness which chronicled my art and design since arriving in London with a rucksack and £90 in 1976.

You made the prototype of the nursery rhyme book yourself. You could have handed over the prototyping of your book to a designer but you didn’t. Is it because you want a greater control of the art direction? Or is it just nice to make a book?

I’ve always made my own handmade books and prototypes or dummies. It’s not really about control. It’s all just a part of the creative process, which changes as things progress. And, yes, it is nice to make a book and fiddle about with paper and glue, especially in this age of computers.

You wrote the copy based on traditional rhymes. I recall you say you like nursery rhymes because it’s funny and cruel – but within a playful and socially permissible context. If society is adept in using playful poetic forms in our speech act, would we end up with so much trolling in social media? And with less offense taken?

I’ve always been fascinated by nursery rhymes and back in the early 80s I bought a first edition of I Saw Esau, a collection of traditional nursery rhymes by Iona and Peter Opie. It’s fascinated me ever since, I love that mix of malevolence and humour, and often my work echoes the same sentiments. I think the trolling thing is just nasty people, they’ll always be there, just ignore them.

Tell us the idea behind the playing cards you design for the set. How do the cards and the nursery rhyme book work with each other to form this collectible artistic set?

Whilst assembling all the images for Forty Years In The Wilderness, which was accompanied by an exhibition at 5th Base Gallery, I had the idea of using them for a pack of cards. I work with musicians a lot and they are forever remixing and deconstructing their own music and I thought this would be a good approach. I soon started working on this, mixing and remixing my own work to produce 52 cards plus four jokers.

“I’ve always been fascinated by nursery rhymes. I love that mix of malevolence and humour.”

This wasn’t enough, though. I wanted to make it more than a deck of cards, so decided to do the book of the images on the cards. But it needed words and I started playing around with nursery rhymes, using traditional ones but adding my own lines.

Then I started creating completely new rhymes in a traditional style – the more I stuck at it, the more the traditional stuff was stripped away until I ended up with the 56 mercenary rhymes that feature in the book. Around 20 per cent traditional and 80 per cent me, although it’s difficult sometimes to tell the difference. On top of all that, I’m producing an audio CD of the rhymes using spoken word, found sound and abstract noise. It’s quite disturbing…

Graham Phenix, our curator, feels that some art books should not be published en masse because as an artwork, it is intended to form a rapport between the artist and his immediate audience. This type of art book is not for a secondary or tertiary audience far removed from the original artistic experience. I understand this is not the case for every art book, but why do you think that is?

I think hand made artists’ books are wonderful. I have quite a few I’ve made over the years when I’ve presented ideas on a project. Also the uniqueness of a specifically made book as a piece of art is a great thing.

Lie In The Dark by Dan Fesperman. A crime novel based in Sarajevo during the Bosnian war.

Both! I love my picture books and I find a kindle really convenient for travelling and moving around. If I had to choose one though it would be real paper.

More on Over The Hills & Back For Tea