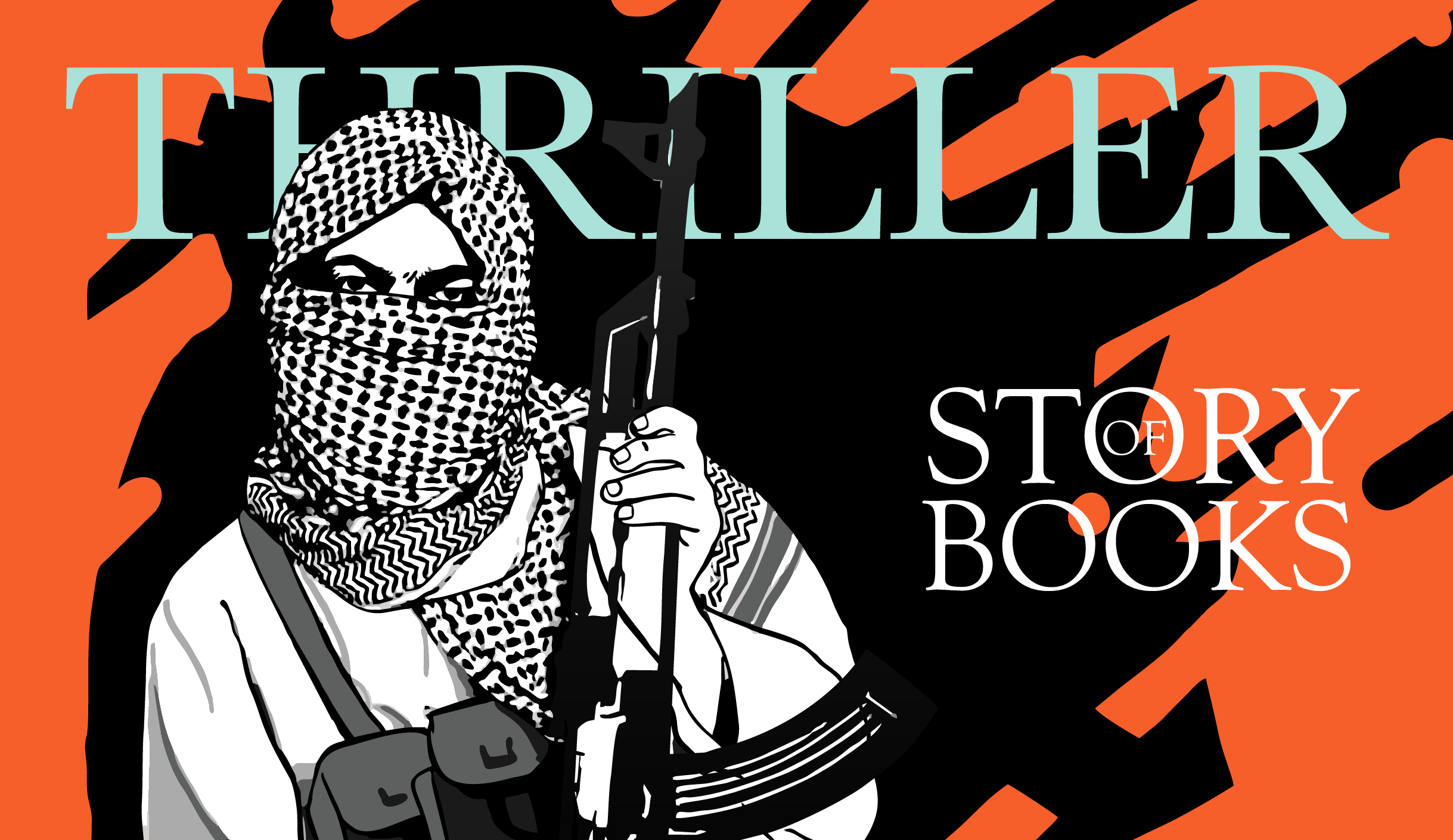 When the jihadists wreak havoc in Dublin with a series of attacks, the most unlikely allies – bouncers, community leaders, ex-IRA men, spies – have no choice but to unite. This plot allows The Squad to explore reasons behind armed resistance, and to discuss the futility of extremism. By portraying a wide range of characters from diverse Irish, Muslim and other ethnic backgrounds, Phil Mac Giolla Bhain tells a more nuanced story that allows us to see his characters’ motivations.

The Squad was published in 2018, amidst the Brexit commotion and Islamist terrorist attacks in Europe. What drove you to devote 373 pages to this story?

First and foremost I wanted to deliver a right good read. The book had started as an idea for a screenplay in 2006. The project was shelved in 2007 when the film director I was working with could not access the funding.

I picked it up again in the summer of 2016. The core of the story and the central characters remained the same throughout. The idea of a changing world forcing old adversaries into reluctant allies was attractive to me. Also the theme of being faithful to a principle despite decades of hardship.

Jack Dempsey, the protagonist, is a reluctant hero. His heroism is a stark contrast to the ‘heroic entitlement’ of Jimmy McCarthy, whom you portrayed as Taoiseach, Fianna Fáil royalty, grandson of a fallen Civil War hero. His social mobility is guaranteed, but Jack’s is not. Is The Squad your critique on the glorification of ‘sacrifice’ and the entitlement that follows?

That’s partly true. It was about how the Free State political elite venerated the “Old IRA” and looked down upon the Volunteers who fought in the most recent chapter of the conflict.

The theme of ‘entitlement’ crops up throughout the novel via different characters: Jerome Pelfrey, a Yale-educated American who thinks the top job at CIA is his birth right, and Anas Iqbal, the ‘celebrity’ barrister from Liverpool who hogs the limelight with his rhetorics on human rights to advance his political ambition.

Do you think our current political conflicts can be resolved sooner if we leave governance to people who can do the job, rather than the entitled gits and attention seekers?

Actually, I’m a news journalist who wrote a book about the death of a football club (Rangers FC). My approach to that story was VERY different from how the guys in the sports desks in Scotland approached it. Consequently, my book Downfall: How Rangers FC self-destructed has become something of a locus classicus on that chapter of Scottish sport.

Alison Fraser and Gerry O’Donnell. Alison is a Scottish student, mistress of a pharma boss, passed from one man to another, not good enough for medical school but lucky enough to get into the School Of Pharmacy, University College London.

Gerry is a Glaswegian Irish, radicalised via racism and discrimination in Scotland, and is more at home in Ireland. Is that a mirror you are holding up to us – or are these characters totally fictitious?

All of the characters in The Squad are fictitious.

Gerry adheres to a strict moral code. So do Jack and his Polish friend, Stan. And so do the jihadists. The Squad touches on “belief system” on page 306: “In order to destroy the IRA, you must destroy their belief system. If you take away someone’s motivation, it’s actually better than stifling them… Now inside their book (the Quran) is their belief system”.

Granted, this is not easy to articulate in 373 pages. A belief system can corrupt your mind, but it can also empowers for the better. Is that why you use many characters from diverse Irish, Muslim and various ethnic backgrounds in The Squad? Are they your means of providing a balanced view on this topic?

I thought it made for a more nuanced story if the Jihadist characters could have their motivations explored. That is, in part, the reason for the interrogation scene.

That book was bought on Kindle. However, I’m still in love with the feel of a “real” book. I’m constantly trying to find new ways to accommodate another bookshelf in the house!

The sequel to The Squad, Native Shore, will be published on the same imprint June 2020.