There are many Frida Kahlo books but Frida Folks stands out because firstly, it’s written by a scholar of women studies, and secondly, it’s easy to read despite the author’s academic credentials.

For this book, Gaby Franger, museum curator and board member of the International Association of Women’s Museum (IAWM), put together a collection of images inspired by Kahlo and her artworks. The book is a smorgasbord of colours, featuring photographs of paraphernalia, votive offerings and lookalikes. It was published by Tara Books, based in Chennai, India.

The book was launched in the UK in October 2018. Tara Books described it as “the fantastic, feminist, reclaiming of pop-art (against ‘high’ culture)”.

Professor Franger is currently doing some fieldwork but we are hoping that she will be able to participate in our Five Minutes With soon. It would be great to hear from an expert in women studies about Kahlo and her relevance to today’s feminist movement.

We shall keep you posted.

Following the book launch of Technologies of Romance Part II, a symposium was held on 28 November 2018 at the Wellcome Wolfson Building, near the Imperial College campus in South Kensington, London.

At the event, speakers from Eeodo Publishing, Central Saint Martins and Science Museum expanded on author Paul O’Kane’s theory on technologies of romance. Findings and ideas were discussed in 15 presentations covered within five sessions:

The symposium opened with a series of welcome addresses, followed by a talk by Elizabeth Bruton, Curator, Engineering and Technology, Science Museum, on The romance novel and electric telegraphy in the nineteenth and twentieth century. This talk explored the questions posed by Victorian literature about the romantic potential of electric telegraphy and the viability of long-distance love affairs – two centuries before we mull over the pros and cons of dating apps, Second Life relationships, haptic dildonics and catfishing.

The ambivalent connection between man and machine – or device – was further explored in films screened at the event. Bada Song’s SEND-IT compared the physical journey between two geographical distances to the digital ‘journey’ remediated by geolocation apps and text messages. K by Elizabeth Price used pop-synth and images of the sun and mechanical production to relay a story about a fictional group of professional mourners. In Rosie Carr’s The photocopier who fell in love with me, the narrator – who formed an attachment to a photocopier in an office – intimated that “Machine romance is clean / Machine romance fits my schedule”.

There were also creative performances.

For a postcard game by Central Saint Martins BA Fine Art students, the audience were asked to write lines of notes on cards and pass them around. It demonstrated how data was produced, documented and shared – a bit like blockchain. The MA students carried out a short performance on the tension between humanity and technology. A video mash-up of technologies advancement and failures in human flight (aeroplanes, bombers, space rockets) was juxtaposed against readings about the tragedy of Icarus.

In a talk about the Technologies of printing type & fonts of Romanticism, Dr Catherine Dixon, Lecturer, Typography, Central Saint Martins, raised a point about “maker illiteracy”: consumers in the age of plug-and-play and automation are largely unaware of how things are made.

Beauty and the mechanical beast

Ben Russell, Curator, Mechanical Engineering, Science Museum, delivered an illuminating talk on the pursuit of beauty in machine design. He revealed how Victorian engineers took great care in constructing aesthetically beautiful heavy machinery – some of which could only be viewed by, well, engineers. In other words, they were great to look at but largely hidden from public view. He also explained that the vernacular of machine design in 1800s was formed around themes such as fantasia, gothic and ancient Egypt.

Are humans in romance with the Earth – in the age of anthropocene?

The Earth is your lover, not your mother

The symposium closed with a memorable talk by Jon Cairns, Senior Lecturer, Fine Art, Central Saint Martins, on Critical closeness, intimate distance: encounters in the love art laboratory. Cairns discussed the complexity of ‘dealing with emotion in the encounter with art’. Whilst Cairns talked about intimacy, closeness, EcoSex and the environment, a video clip of two eco activists passionately kissing played in the background. It was distracting, and yes, Cairns made his point: we felt conflicted by the openness of that intimacy (‘Is that appropriate in the setting of a lecture on technology?’). On a serious note, the question that it raises is this: are humans in romance with the Earth – in the age of anthropocene?

Eeodo will be showcasing Technologies Of Romance Part I & II at the Artist Self Publishers’ Fair (ASP4) at the Institute of Contemporary Arts (ICA), The Mall, London. The event runs from 11 am to 7 pm on Sunday, 9 December 2018.

More on Technologies Of Romance Part I & II

The death of literary fiction maybe exaggerated, but sales are indeed declining. This was mentioned over a year ago in the report by the Arts Council.

On Reddit, that fertile ground for arguments, readers argue yet again over the upsides and downsides of literary fiction and genre fiction. Literary fiction is conceptual with the sole aim of being an artistic benchmark, said those who defend its uncommercial format.

The slow death of the literary novel: the sales crisis afflicting fiction from writing

Genre is not stupid; it’s simply plot-driven and that’s why it sells, said the genre fiction fans.

Hang on, the literature fans countered, Jane Austen was a romance novelist before her works were considered “literature” by today’s standard. And her works are plot-driven.

The argument goes on.

A few Redditors pointed out that what both need is a middle ground. To encourage meaningful reading, we need literary fiction that is not boring, vague or elitist, and genre fiction that is substantial and not formulaic.

That’s something for fiction authors and publishers to chew on. In the meantime, sales on books that dwell on the embarrassments of Donald Trump and the regrets of democracy will continue to flourish.

What good is your Literature degree? What’s the point of being a creative writer?

Writers, you can tell them that Nike and Boeing are now hiring sc-fi writers to imagine their business innovations.

Methods used in science fiction for world-building are now being used by big technology and product design companies to imagine technological solutions and turn them into a pipeline.

“Alternatively referred to as sci-fi prototyping, futurecasting, or world-building, the goal of these companies is generally the same: help clients create forward-looking fiction to generate ideas and IP for progress or profit,” according to an article on Medium.

More on world-building and technology

Last month, we reported that no books were borrowed from a Cumbrian library in 12 months. It could be that the setting of the library was not enticing enough for residents to come and have a visit. Here’s an idea. A charity in Jakarta, Indonesia, is delivering donated books to children using the tuk-tuk. Parents and kids turn up on mopeds to collect and return books.

This is a popular model in Southeast Asia. Story Of Books editor grew up in military camps – jungle postings, actually – and mobile libraries were very popular at our schools. We borrowed our first Asterix and Tin Tin comic books from a mobile van whilst living in northern Borneo.

So how about that: a colourful eco-friendly hybrid van that double as a mobile library?

McFly singer to release a book on impact of plastics

Hi my name is Dougie and I can read and write! So I decided to use my powers for good. I’m currently working on a book called Plastic Sucks. Here to tell you more about it is… @idougahole 🦕https://t.co/64zyA1UGpZ 🦕 @panmacmillan pic.twitter.com/Cfk7AXU4Ee

Our pop culture interest is limited to books, comics and films, so we’re not acquainted with McFly the pop band.

However, it’s still lovely to know that pop singer Dougie Poynter is writing a book for children to teach them about the impact plastic has on the environment.

The book he is working on is called Plastics Sucks! You Can Make A Difference.

We think this is amazing and we are looking forward to its release. 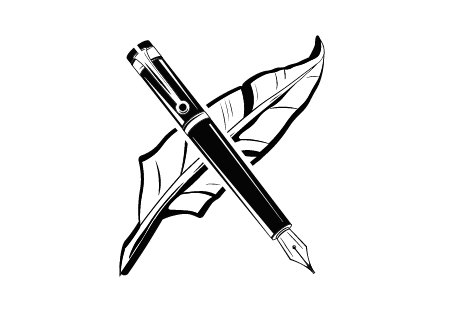