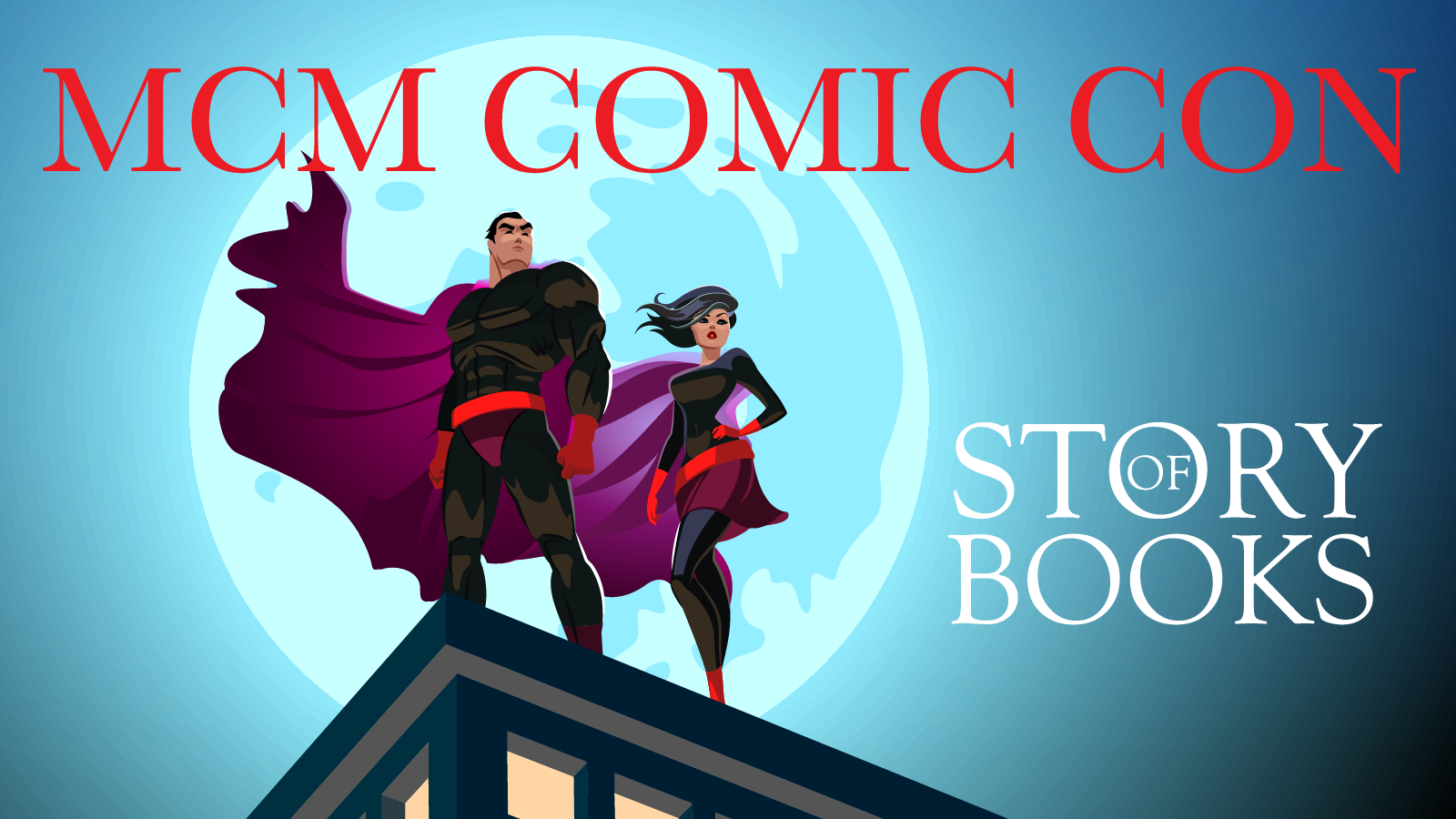 We went to MCM Comic Con 2019 expecting a massive Star Wars push. But curiously, apart from promos on merchandise, there wasn’t a lot of fuss made of Episode IX. Or Reylo. Or Ben Solo, that wayward man we’d love to see redeemed. Still, we were happy to be there, as we got to catch up with our favourite indie artists and meet new ones.

More clues on the Skywalker saga?

The talk of town – or shall we say Reddit? – is the final episode of Star Wars, The Rise Of Skywalker. We were hoping for more hints on the film, but apart from game and merchandise promotions, there weren’t many of them at the show. We’ve read about star appearances being cancelled at some other conventions. Maybe Disney is planning for a big push around Christmas time.

But we’re dying to know: Is Reylo doomed? Will Ben Solo be redeemed? Will Anakin Skywalker and Luke Skywalker appear in the final episode?

We almost gave up hope… until we came across this poster of the Skywalker Family Tree on the way out of the venue. It was displayed outside an event on genealogical research called RootsTech 2019. Nice one, MCM Comic Con. Talk about cross-selling.

Mara was Luke Skywalker’s wife. She was an assassin for Palpatine, the bad guy who turned Luke’s father to the dark side. Interestingly, “Mara” is also an evil demon in Buddhism, which Star Wars borrows heavily from. Her son from her marriage with Luke is Ben Skywalker. Wait a minute – who is “Ben Skywalker”?

And why is the son of Hans Solo and Princess Lea Organa called “Anakin Solo”, not “Ben Solo”?

Hans and Leia has three children: Jacen Solo, Jaina Solo and Anakin Solo. So which of the two brothers is our Ben Solo aka Kylo Ren? We know from non-canon comics that the Skywalker twins, Leia and Luke, drifted apart when Leia’s older son Jacen killed Luke’s wife, Mara. There’s always a bad apple in the Skywalker family.

So it looks like the bad emperor didn’t just have a hold on Anakin Skywalker, turning him into Darth Vader. He also employed Mara, Luke’s wife, as his “hand”, and years later, held sway over the man we know as Ben Solo, or Kylo Ren.

So who is Rey?

“You’re nobody,” said Kylo Ren to Rey. Many fans are hoping this is the case, just so that Reylo doesn’t turn out to be “kissing cousins” or worse, “kissing siblings”. Just because George R R Martin makes incest fashionable in his books, it doesn’t mean Star Wars has to go down that route. But then again, Luke did fancy Leia before he found out they were twins.

Run for your life! Here comes The Goatman

We have been following the progress of AfterLight Comics’ Kickstarter project, The Rise Of The Goatman, since the last MCM Comic Con in spring 2019.

So when the convention opened last week, we went to find illustrator and writer Joe Oliveira and bought a copy.  Oliveira told us he has been promoting the title heavily on Facebook, Twitter and Instagram. “That’s the only way to do it,” he said.

AfterLight Comics raised £3277 via 236 backers to publish the first edition.

A few pages in The Goatman provide a clue as to what really plagues the victims. However, we feel that the full picture will emerge once you get through a few editions of the title.

About The Rise Of The Goatman

Penny for the clown

A Joker here, a Storm Trooper there. MCM Comic Con won’t be a comic con without cosplay. There were just as many anti-heroes as there were heroes at this show.

The highlight for us, of course, was having a selfie with Pennywise The Dancing Clown from Stephen King’s It. Killer clowns are quite popular nowadays, aren’t they? We have quite a few in politics at the moment. Who put them there? What an appropriate metaphor for the strange times that we are living in.