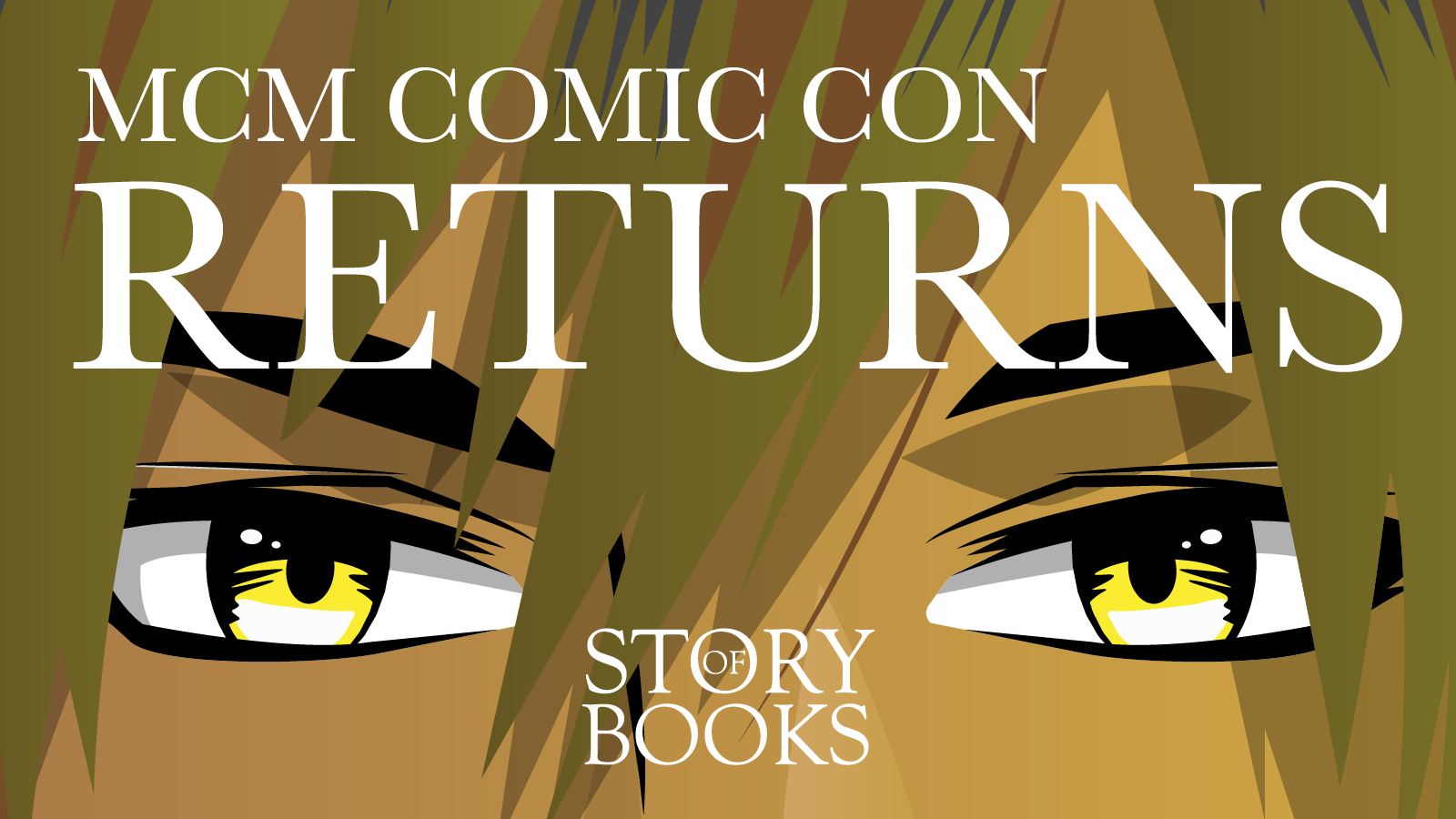 Day 2 was a supernova. Whatever energy pent up on Day 1 exploded the following day. In terms of visits, excitement, visual stimulation, coffee consumption and multiplication of Zenutsu cosplayers. By 3 pm, we were all coffee, sugar and trembling, excitable energy. No, it wasn’t viral load. We were genuinely happy to be there.

We’re so glad to have caught up with Bleeding Cool at the MCM Comic Con London 2021. It’s been a long time. Founder and Head Writer Rich Johnston proudly showed us the teaser of an upcoming British animation, FreakAngels, soon to be screened on Crunchyroll.

To be released as a Crunchyroll Original Series, FreakAngels is based on the Avatar Press graphic novel series of the same name. Bleeding Cool and Avatar Press belong to the same publishing company. The animation was created and executive-produced by Raye Rodriguez.

Congratulations, Bleeding Cool and Avatar Press! Happy to hear your publications thrive despite the challenges posed by the pandemic. We are sure to watch FreakAngels on Crunchyroll.

We predicted that Tokyo Revengers (Tokyo Manji) will be a cult hit, if not a mainstream hit, amongst cosplayers at MCM Comic Con London 2021. We were wondering how many Mikey-kun or Takemichi-kun lookalikes we would see at the show.

To our surprise, Draken – the one with the distinguishable Mongol or Manchu queue (pigtail) and dragon tattoo on the side of the head – was very popular amongst a few of the Toman cosplayers. No Takemichi spotted although he is the main character.

We suppose that’s because Draken is the moral compass for Tokyo Manji. He is the beacon of fairness in contrast with Mikey’s sociopathic ruthlessness. Draken’s mother is a prostitute. He grows up in a brothel. Nevertheless, he is the perfect metaphor of the lotus that stays aloft above the muddy pond of water.

Tokyo Revengers resonates not only because of its sumptuous, unpredictable violence in print and onscreen. In a world of high-school gangs, there are still codes of conduct, right and wrong, family obligations and a sense of justice. This, evidently, is what the young fans of Tokyo Revengers recognise and identify with. We are also pleased to see female cosplayers dressing up as Mikey and his best friend, Baji. They nailed the hair very well.

Also notable is the Toman uniform that features the buddhist svasti or swastika. Not to be confused with the Nazi’s hazenkreuz. The Nazi’s crooked cross is right-facing and slanted at a 45-degree angle. The Buddhist swastika is left-facing. The Buddhist or Hindu symbol was stolen by Western colonisers, and wrongly and criminally appropriated by the Third Reich as the brand identity of the Nazi movement. The manji of Tokyo Revengers is not that heinous symbol.

For those not accustomed with Tokyo Revengers, it’s a story about high school gangs not unsimilar to Shakespeare’s Julius Caesar. It features, notably, gangster boys with dubious blond hair and big curls.

Marketing your art: and the secret art of Step 2 was a very good session presented by Kit Buss and Nigel Sade on making the discipline works as a career. Largely, the advice given was this:

We will cover more on this topic in our upcoming article.

He worked so hard at this event. Tom Hiddleston could have handed it all to his PR to promote Loki but no, he gave a talk, he did the photoshoots with fans and he signed autographs.

There were many Loki cosplayers, too, at the show. We met a cosplayer who also does miniature paintings and sculptures of Loki.

The sound of The Sandman

In this virtual session, previously aired at the recent New York Comic Con, author Neil Gaiman, director Dirk Magg, and actors James McAvoy and Kevin Smith talked about the Audible releases of Act 1 and Act 2 of The Sandman.

In that session, James McAvoy asked why The Sandman, a graphic novel that “has got everything”, not funded by film financiers before. Yes, how so? The novel has a cult following and its creative direction very influential amongst visualisers and illustrators.

Answers to come in a follow-up article.

Where is Satoru Gojo?

We thought that Jujutsu Kaisen, for all its Crunchyroll accolades and Uniqlo clothing line, would be very prominent as cosplay at MCM Comic Con London 2021. But apart from what we thought was one Sukuna, we saw none of this handsome, silver-haired character at the show.

We understand that Sukuna, with the tattoos and shirtlessness, can be a bit tricky to cosplay in autumn. But we thought we could see at least one Gojo… or Itadori Yuji.

It looks like Demon Slayers and Tokyo Revengers truly dominated this season. And it’s Zenutsu and Draken that were the most popular, not the main protagonists.