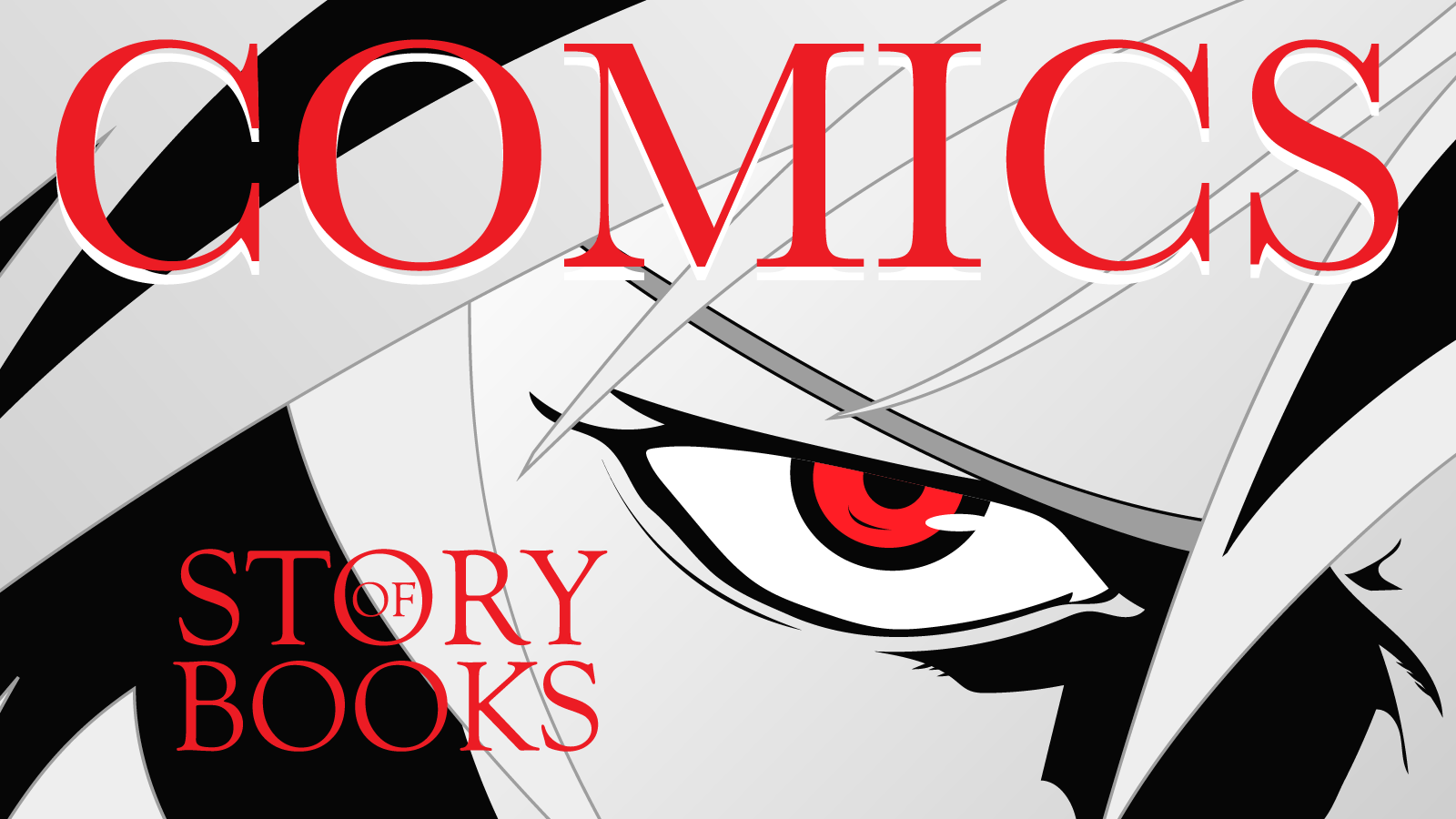 World-building in games and comics isn’t that different from William Wordsworth’s dictum that shapes Romanticism: “poetry is the spontaneous overflow of powerful feelings”. Feelings come first, followed by the medium. Game and comics publisher Shades of Vengeance talks about the foundations needed in building a universe.

Writers familiar with publishing workflows but want a different approach to creativity would benefit from the talk by Ed Jowett and Leo Cosh on “How To Be Creative”.

The duo produce digital games, card games, soundtrack, audiobooks, apps and paperback comic books for the UK publishing house Shades of Vengeance. At the MCM Comic Con session, they guided the audience through the foundations needed in building a comic or game “universe”. That’s the character, plot, action and scenery in the world that you want to build.

How to be creative

1. Begin with a project paradigm

A project paradigm is the statement of what you want to create. What you want to achieve as a creator. Jowett advised anyone starting a creative project to not worry if the idea is sellable or popular.

“Inspiration will come from literary everywhere,” Cosh said, “Music, different books. You don’t have to go to a creative venue with a large number of people if that’s not your thing.” Ideas can come whilst we do mundane things like washing up. Cosh once got an idea from a cookbook.

3. Switch off to switch on

Jowett recommended us to switch off the mobile phones to find time to think. He said: “We tend to be device-heavy. Doing something all the time. Your brain can’t be super creative that way.” He and Cosh also advised us to keep a notepad handy so the idea can be written down.

The duo’s entry point on universe creation is not that different from William Wordsworth’s dictum that shapes Romanticism: “poetry is the spontaneous overflow of powerful feelings”.

“Actual universe starts with feelings,” Jowett explained. “For example, a survival horror universe. Everything is sad. Everything is scary. You don’t wait for the 50,000-year-old god to burst from the ground. Start with emotion. That’s what makes your universe feel.” “Every person in this universe has a story to tell,” said Cosh.

Jowett also told us to do voice acting to test the story line and character.

“You don’t wait for the 50,000-year-old god to burst from the ground. Start with emotion.”

You can arrive at a feeling via a description or a visualisation. The mood board, as a technique, helps you to collate your ideas. Cosh told us to think about concepts adjacent to a genre, a character or a theme song in mind. The patterns that emerge might lead to a decision on a story or a character.

Jowett said: “Find out what it is that makes your universe. Choose one part of the universe to tell your story.” For example, you may want to use George Lucas’s Star Wars: A New Hope for your mood board if it will help you finish your creative endeavour.

Cosh found words long winded and suggested things that are emotive. Terry Pratchett’s Discworld is great example. With regards to ideas, he urged: “Just borrow it. You might think it’s not yours but borrow it.” On that note, Jowett cautioned: “For your creative process, yes. For the final process, nope.”

Reviewing is key in fine-tuning the project. It’s important to ask yourself if you like the paradigm. You can change it to what you’re comfortable with. “If you suddenly realise that there are one or two things you don’t like with the project, the right thing to do is to review the paradigm,” said Jowett. “Put the stuff on the wall. If you look at it and don’t feel like fun, put away the project for two weeks. In that time, you live your life. You don’t have to do anything creative.”

“If you don’t like that idea, don’t throw it away. Use it for something else.”

7. Know when to stop

“Allow the project to be malleable but know when to stop,” said Jowett. “It has to be a kit you like.” Malleability means that if you have the scope to make adjustment to the paradigm and pay attention to details. However, he warned that making changes “will feel bad”.

“Because it’s your idea, it hurts,” Cosh clarified. “But that’s why you have to get someone to edit. Or you will miss things if you edit it yourself.”

Have a team to make up for the things you want to do but can’t do very well. Or if you only have time for writing. Let someone else do the drawing or the inking. Building is about knowing your limitations, Jowett explained. It takes 10,000 hours to get good. There is nothing wrong doing things your way but consider relegating tasks to someone who can execute them better than you.

9. But keep to your vision

Too many cooks spoil the broth. Everyone has a say but you have to understand the comments you should pay attention to. Cosh called the cooks “the unhelpful helpful friend”. Jowett stressed: “Your friend has a vision of what you are doing but it is your vision (not his).”

“If you do a year-long project, it’s bound to change,” said Jowett. “Don’t worry about changing the paradigm. If it gets boring, why not work on the creativity.”

Cosh’s approach is to plan it whilst doing chores like hoovering. Jowett goes for walks and records his thoughts. An hour a day is enough for him. Jowett wrote a role play game within two months whilst commuting on the tube to and from work.

“Someone did my idea”

“Many ideas overlap at Comic Con,” Cosh pointed out. Jowett advised: “If someone does the same idea, (be mindful that) the copyright threshold is 15% similar. It’s unlikely someone does something the same way. I’d be surprised if there’s someone replicating a work wholesale. That would be stealing something.”

Q&A’s with the audience

What exercise can we do to provoke emotions?

Cosh offered two methods: “David Bowie writes words on scraps and jumbles them up to write his songs. Or you can read the dictionary or thesaurus.”

When do you have your work reviewed by someone else?

“Depends when you think it’s finished,” Jowett said. “It never stops being reviewed.” He said if you are brave, you can go to Reddit. Hm, only for the brave.

Do you share paradigm when you have your work edited?

“As a general rule, I do not,” Jowett replied. “You put the paradigm out there to see what people think, if it moves to the right direction.”

About Shades of Vengeance