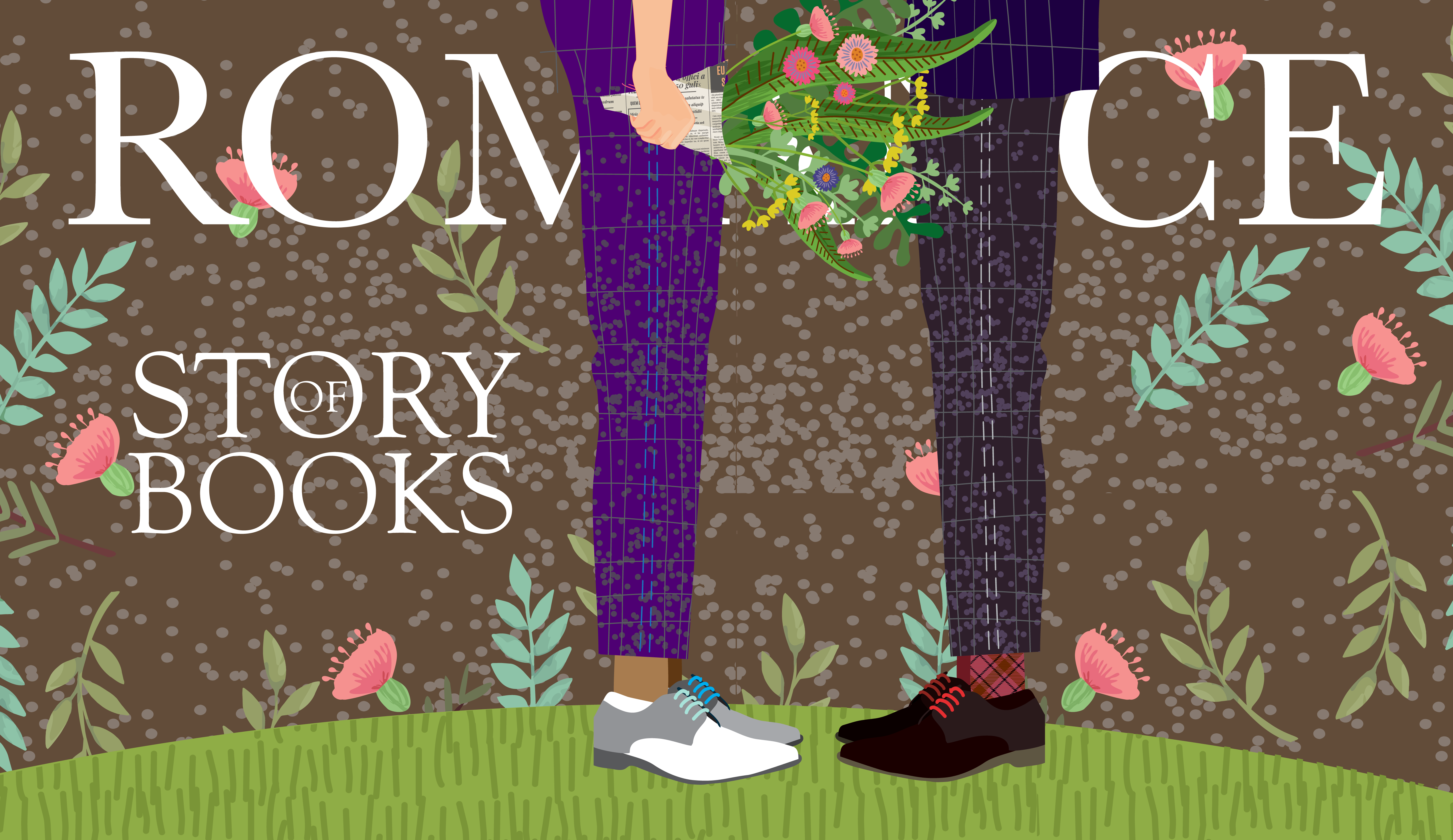 Can gay romance be as tender as Sweet Valley High and appealing to all regardless of the readers’ sexual orientation? Tagame Gengoroh convinces us that this is the case with My Brother’s Husband. The manga author and artist talks about family values, relationships and coming-of-age romance that inspire his fictions.

Yaoi or boys’ love genre isn’t new. The consumption of this type of romance is also partly driven by the female readership who can be straight. But the fact that a diverse book audience sat at Japan House on High Street Kensington to hear the artist talk about it means that, as of 2019, this genre is not otaku or fringe stuff anymore. It’s mainstream literature.

Tagame discussed the ideas behind My Brother’s Husband with book curator Haba Yoshitaka at a manga event that took place on 22 May 2019, a couple of days before MCM Comic Con.

Tagame was already an art director by the time he got into writing manga and prose fictions for various magazines. In 1994, he co-founded the Japanese gay lifestyle magazine, G-Men.

Haba is an author and editor. He curates libraries at hospitals, schools and retail outlets, including the Japan House London Library. He’s also an associate lecturer at Waseda University and Aichi Prefectural University of Fine Arts and Music.

As a preface, Haba touched on the Princess Knight (Ribon no Kishi), a manga featuring a gender-fluid protagonist. He mentioned cross-dressing, which isn’t a new thing in performative arts. The female Shakespeare characters were first performed by male actors. In East Asian performances, women had acted as male protagonists for centuries. This also reminded us of Snowflakes’ Tiger by Higashimura Akiko, currently on display at the British Museum as part of the Manga exhibition. It features the character of a gender-fluid warrior, Tora (Tiger), based on the ancient warrior Uesugi Kenshin, who lived around 1530 and 1578.

Tagame came up with My Brother’s Husband (Ototo no Otto) because his editor asked him to write something for all-ages market. He had previously written only for adults. “Heterosexual people are more interested in this than gay people,” he said. He decided to focus on same sex marriage. It’s his way of educating us about that relationship. He said: “If you want to debate something, you should learn all about it. If you don’t want to make an effort to learn, let’s not debate it. It can be quite dangerous.”

Coming out has its costs, so Tagame would rather engage with those who understand the dynamics of same sex marriage rather than with those with limited views on relationships.

My Brother’s Husband features lots of scenes of family portraits. There is a child in the story, the daughter of the protagonist Yaichi. Tagame said children don’t get bogged down by social expectations. The child, Kana, creates the balance in the manga between Yaichi and Mike Flanagan, the Canadian husband of Yaichi’s late twin brother.

The power of the narrative also drives from what’s not being said. The white space and the borders in the manga plays a role in telling the story and drawing the line between actions and sequences. The empty space is important,” Tagame said. “If we give everything, the reader will stop thinking. If we don’t, they will use their imagination to fill in the gap.”

Manga and anime provide children and young adults references about romantic and sexual relationships. There are animes and TV series based on manga that discuss contentious relationship issues, such as Love and Fortune – about a woman in her 30s and her 15-year-old boyfriend – and First Love Monster – about a 12-year-old boy who looks older but still trying to catch up on romance and puberty.

"My Brother's Husband" by Gengoroh Tagame fascinated many. Now he's back with "Bokura no shikisai": A high school boy secretly in love with his male classmate. A delicate story about all the colors & masks we have to wear day to day. Vol 1 will be out in Japan on January 12, 2019 pic.twitter.com/cTYniNBSjv

Tagame talked about another work, Bokura no Shikisai (2018), about gay high school students. It has the ingredients of your typical coming-of-age fiction: social awkwardness, yearnings and peer pressure. He showed a scene where the friends of the protagonist, a teenager, make homophobic jokes. The main character is shown suppressing his emotions painfully and silently. At this point, Tagame drove the point home about the anguish, hurt and loneliness of boys (and girls) like his protagonist who are driven underground for fear of social isolation and worse.

A romance for all

This reminds us of E M Forster’s bromance classic, A Passage To India, and his posthumous book, Maurice. James Ivory, screenwriter and a big fan of Forster, adapted André Aciman’s Call Me By Your Name into a successful romantic film. It’s a romance we all can identify with, but does it have to end with broken hearts? Maybe that will change as stability and happiness are associated more and more with same sex relationships, just like interracial relationships are now the norm, not the exception.

“When I was growing up, reading manga was frowned upon,” said Tagame. “My parents said I was going to be stupid and wouldn’t turn out well for it.” He told us it’s different now with the younger generations. Parents of his generation who grew up reading manga don’t have the same attitude. Female readers who consume boys’ love manga become mothers who won’t react in homophobic manner. Manga is very important in informing generations about current social mores and shifting expectations.

The anime of the manga can amplify the story, but also gives new meaning to the work. Tagame said once a boys’ love manga gets animated involving two actors, the story is no longer confined within boys’ love manga anymore. It is to be seen and shared by everyone. Gay romance can now be seen on TV during prime time.

Keeping up with tradition

Manga has been questioning the definition of personhood for a long time. The question is asked along two main lines: “what makes a hero?” and “what makes a monster?”. Many, from Astro Boy (1952) to Dororo (1969) and Yona Of The Dawn (2009), tell us that a person – or a hero – doesn’t come in black and white. Our reality isn’t binary, so why should our sexuality?

Gender fluidity and the non-binary identity have been expressed for a long time in East Asian folklores. Mulan isn’t the only cross-dressing fictional warrior that the region has known. There are many traditional versions of that up and down the Far East. What Tagame puts the mirror up to what has been there in society all along. He is telling us that love, like hope, isn’t something to be boxed in rigid social expectations.

A summer of manga