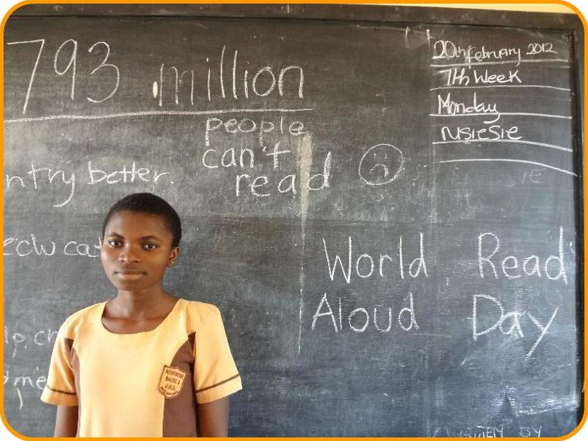 Using social media such as video virals, Google +, Skype, blogs and also Twitter, educators, authors and publishers around the world have come together to celebrate the World Read Aloud Day (WRAD) on 7 March 2012 in an effort to raise awareness of children literacy.

This year, LitWorld, the non-profit organisation which runs the campaign annually, organised a host of events including the World Read Aloud Day Signature Event held at the Books of Wonder in New York City, US. The event was broadcast live on its website via UStream Mobile Live.

According to the organisation, at least 793 million people remain illiterate worldwide. It aims to help one million children learn to read by 2014, and equip ten thousand literacy leaders to effect change that will impact ten million children across the globe by 2016.

The event also saw a number of authors, published by major and independent houses such as Bloomsbury, Penguin, HarperCollins, Musa Publishing, Flx and Random House, volunteering to read their works to children on Skype.

Follett (the CEO) lends his presence

Chuck Follett, President and CEO of the Illinois-based book chain Follett, celebrated WRAD by reading “I broke my trunk” by Mo Willems in a video published on YouTube.

Follett Corporation, owned predominantly by the Follett family, last year enlisted Credit Suisse to sell one of its six divisions to become more “technologically focused”, the Financial Times reported in July 2011. In January 2012, the company announced that Mr Follett is to retire in after 38 years with the company.

Hanging out on Google + with the wordsmiths

Google in Education, meanwhile, showed its support of WRAD by launching a live stream campaign on a Google + page, using the Twitter hashtag #WRADLeVar to promote a live video stream event called Hangout with LeVar Burton. Burton, the actor famed for his role as Kunta Kinte or Toby in the 1977 mini series “Roots” by Alex Haley, went on Google Hangout to talk to young fans about books. Burton was joined by poets and authors such as Shel Silverstein, Ezra Jack Keats and Rob Scrotton.

A Google personnel, who was 10 when the mini series first came out, expressed his admiration for Burton on Hang Out and the two spoke briefly about Alex Haley’s seminal work, “Roots: The Saga of An American Family”, which had the book fans transfixed in the late 70s. Story of Book editors, who were barely at kindergarten age when “Roots” came out, are also huge fans of Kunta Kinte.

LeVar Burton aside, nothing quite beat the feeling of hearing – and seeing – a mother, Heather Newman, reading to her son, Ethan, a child with special needs, “Hurty Feelings” by Helen Lester. “Hurty Feelings” is about a hippopotamus who, despite her sturdy, scary exterior, gets easily hurt inside.

“Fragility was a solid piece of work,” Newman reads, “When she walked, the world wobbled.”

Have you read something aloud today?