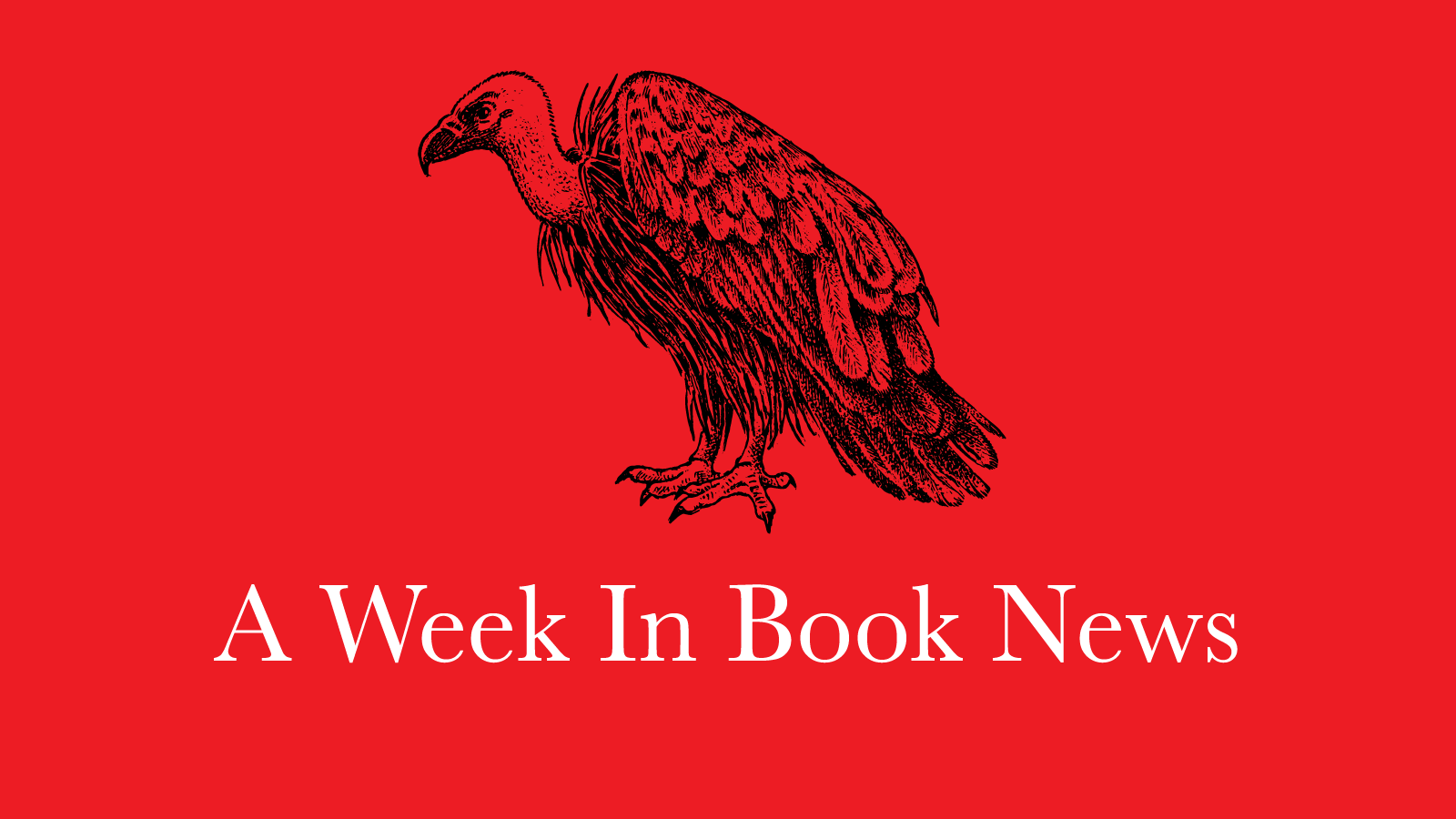 No word from UK government on the Reading Tax

So what’s the status update on the UK publishers’ lobby in scrapping the 20% VAT off e-book sales – also known as the Reading Tax? No progress yet. The UK government is too busy panicking over Brexit to give this a thought.

In theory, the VAT could have been scrapped as early as October 2018, when European Union (EU) Economic and Financial Affairs Council agreed to allow member states – including the UK – to give e-books and audiobooks the same VAT-free status as printed books.

Printed books don’t get VAT because you can’t tax printed matters that “convey information” and facilitate sharing of knowledge.

So what’s the logic in applying 20% VAT on the e-book editions? Well, the Publishers Association is questioning this. In July 2019, major book publishers appealed again, this time to the new Chancellor, Sajid Javed, asking him to reconsider this tax. But of course, everything is about how we crash out of the EU these days. So no news from the government.

Why does this hurt independent publishers like us? Because we resort to e-book first before we secure enough funding to publish in print.

We’re not political, but if you can’t deliver Brexit at all, then you might as well revoke it.

Last week, when we attended a tax workshop given by the National Union of Journalists in London, HW Fisher – the accountancy firm of choice for authors and journalists – informed us about the unresolved issue on the EU’s Digital Services Tax (DST). This proposed tax is meant to target multinationals who sell digital subscriptions or profit off digital data such as Apple, Google and Facebook.

It works like this: if you’re from Belgium and you book a flight to San Diego Comic Con in the US via an ad you see on Google, the advertiser based in the US can be taxed 3% for selling that service to this EU citizen. You don’t even have to sell retail products online to get this tax. You only have to be a digital intermediary (read: advertising). Just imagine. How many publishers use online advertising via search engines and social media to promote their products?

To be taxed, the business must make a worldwide revenue of €750 million and a total revenues of €50 million in the EU. Many book publishers might not qualify for this, but giants that distribute original contents such as Amazon and Netflix can get stung.

Predictably, this is not a popular tax move. Nonetheless, France has already rolled out their own version of this 3% tax for digital sales generated in that country. The UK also rolled out a similar tax, at 2%, to sales that can be contributed to “search engines, social media platform or online marketplaces”.

This explains why WPP was in a hurry to divest divisions including Kantar, whose ‘research’ revenues mainly come from cookie-based advertising and apps. Marketing-wise, it is indeed a “post-social media age”, as predicted by marketers not long ago. So how would publishers and authors promote their contents in the age of post-social media, DST and GDPR?

It will help if UK government sorts out Brexit soon so they can also focus on these taxing matters. We’re not political, but if you can’t deliver Brexit at all, then you might as well revoke it. Business has to go on as usual.

More on the Reading Tax

In June 2019, we celebrated the launch of our first print edition, After The Rain, during HF Artsfest at a talk organised with Tamesis, an art collective.

At the event, “River to river, coast to coast”, Story Of Books, Tamesis and Mark King, publisher of The Point, talked about our creative works, the environment and the books that inspired us.

Following HF Artsfest, Tamesis held an art exhibition from 6 to 12 September 2019 at Re:Centre.

We’re pleased to share the news that Natalie Cronin, one of the artists who gave a talk at “River to river, coast to coast” alongside Kate Lowe, had sold all of her artworks.

Sold out! After the show, the pleasure of packing each piece off ready for its new home. With bubble wrap and love. . Such a good feeling that for each work someone wanted it enough to give up space on their wall and put money on the table for it. Thank you. Thank you. . #emergingartist #londonart #soldout #bubblewrap #love #packing

Congratulations, Natalie and Tamesis! We really had fun organising “River to river, coast to coast” with you.

More on “River to river, coast to coast”

Essex author Lorna Cook has triumphed with her debut novel The Forgotten Village, published by Avon, for which she has been awarded The Romantic Novelists’ Association’s (RNA) prestigious Joan Hessayon Award for new writers. Lorna was presented with her award and a cheque for £1,000 at the RNA’s York Afternoon Tea at Merchant Taylors’ Hall, Aldwark, York.

The Joan Hessayon Award is generously sponsored by gardening expert Dr David Hessayon OBE, in honour of his late wife Joan, who was a longstanding member of the RNA and a great supporter of its New Writers’ Scheme.

The judges for the award, which included RNA Chair Alison May, Vice Chair Imogen Howson, Amy Durant from Sapere Books and Sara-Jade Virtue from Simon & Schuster, were unanimous in their decision to crown The Forgotten Village the winner, and praised the novel’s sense of history and romance.

The book was selected from a list of fifteen contenders, all authors whose debut novels have been accepted for publication after passing through the Romantic Novelists’ Association New Writers’ Scheme. The scheme allows 300 unpublished writers to join the RNA each year and receive feedback on their novel.

This year’s competing novels include epic historical romances, contemporary suspense stories and uplifting romantic comedies, and explore themes including the atrocities of war, living with mental illness and women’s suffrage.

Lorna Cook’s novel The Forgotten Village is set in 1943. The world is at war, and the villagers of Tyneham are being asked to make one more sacrifice: to give their homes over to the British army. But on the eve of their departure, a terrible act will cause three of them to disappear forever.

Lorna was inspired to write her novel when she found an article about the abandoned Dorset village of Tyneham in a national newspaper. It was requisitioned in its entirety and never handed back. Taken by the army in 1943 to use for D-Day training, today it is still owned by the MOD and remains unlived in and crumbling. What happened to those who lived there? Where did they go? When Lorna researched the village, she became hooked on its history and the area around it.

RNA Chair, Alison May, commented: “The Forgotten Village is an engaging, moving and ultimately life-affirming story that casts light on a fascinating moment in history.”

Sara-Jade Virtue, from Simon & Schuster, said: “Rich in mystery and passion, The Forgotten Village had me gripped from the first page, and didn’t let me go till the final conclusion.  I was completely swept away by the heartache of Veronica’s story, and rooting for Melissa all the way through. Brilliantly researched, excellently executed, I absolutely loved it!”

The full list of contenders for the RNA’s 2019 Joan Hessayon Award:

The New Writers’ Scheme has been run by the RNA since 1962 and is unique among professional writing associations. It aims to encourage fresh talent in the writing of romantic novels that reflect all aspects of love and life, contemporary or historical.

Manuscripts submitted under the scheme are from unpublished authors and are read by an experienced writer or editor who provides invaluable feedback. Any manuscript that is subsequently published as a debut novel is eligible for the Joan Hessayon Award. All eligible books are judged by a panel of experienced RNA members who are already published authors, and this year the final round judges were Amy Durant from Sapere Books and Sara-Jade Virtue from Simon & Schuster. 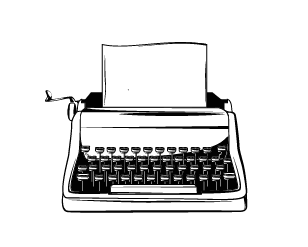