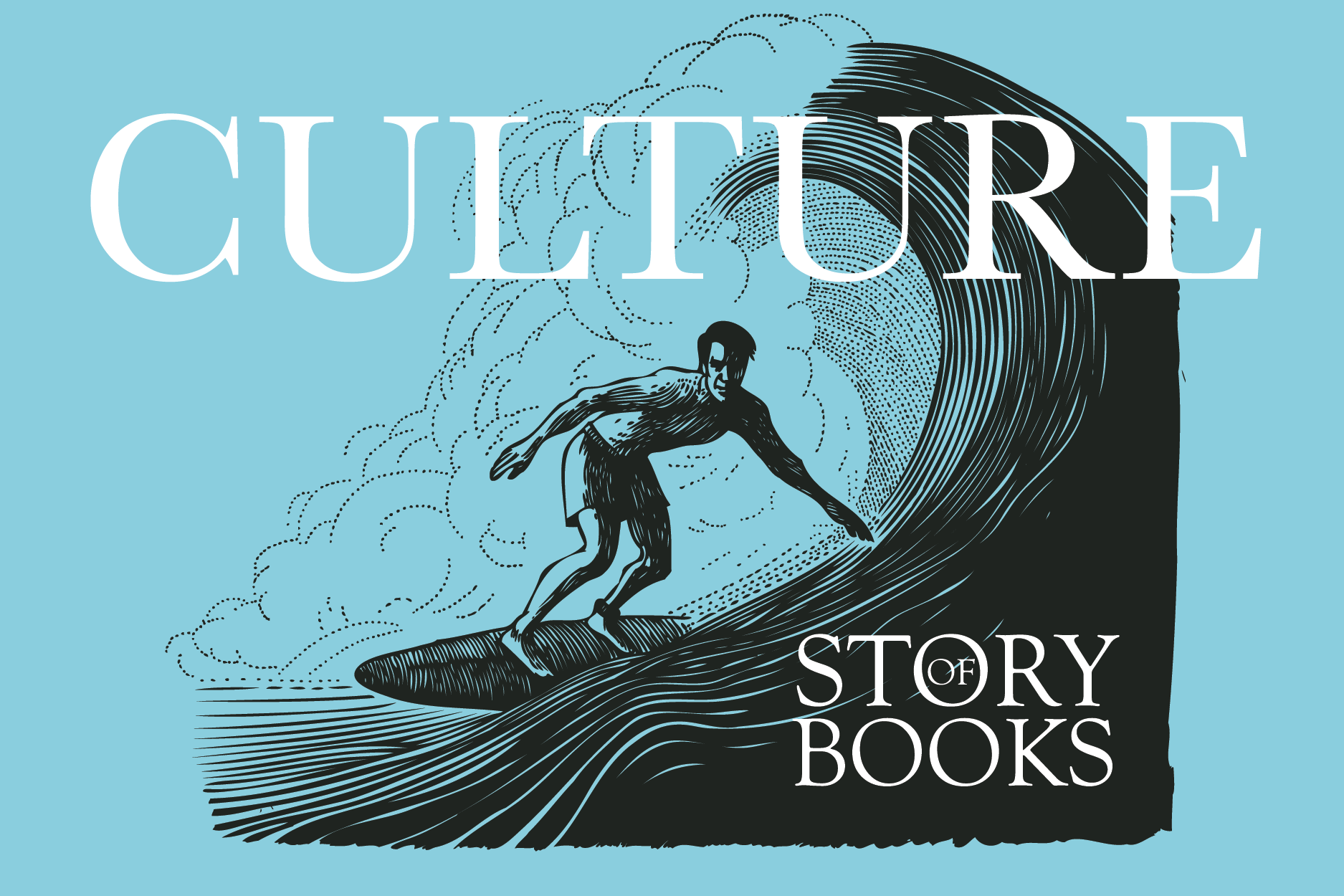 Like graphic novels, a magazine allows for a story to be paced in instalments. And Mark King has much to say about his Grand Tour. At London Art Book Fair, we spoke to the publisher about his techniques in telling the gentle truth about surfing, plastics, pollution and tourism, and why being cut off in North Devon motivates him to self-publish.

Where is this town called Croyde and how did The Point begin?

Croyde is a small village in North Devon. It’s the first beach you get to when you drive down from London.

I finished some photographic projects and tie them off, I made myself a magazine.

Initially, I did an online print version with Blurb Books. Having gone through the first edition, my friends thought I might do something about it. I managed to get some advertising revenue and I did a print run of 1000. I thought if it doesn’t work, I haven’t got a lot of stock lying around. So I signed them to make them more individualised. One magazine drifted into two and went on to three.

I didn’t plan to make another one but it’s been going on for six summers.

The Point is printed on 100% recycled stuff. As an object, the magazine reflects the content a bit more.

What is The Point? That is the question I ask myself frequently. It’s a bit of a journey of discovery on that front. Sort of more personal reflections on what it means to be by the sea. Our relationship with the sea and the sea with us. It’s words and poetry.

“It’s not green. It contradicts the idea of surfing and riding the waves. The spirituality side arises in response to the resources that surfing uses.”

How does surfing inform your view and the way you document?

I enjoy surfing and I think there is almost a spirituality side to it that arises in response to the resources that surfing uses.

It’s not a green – it kinda contradicts the idea of surfing and riding the waves. People are riding in fiberglass surfboard and use petroleum-based products such as neoprene wetsuits. Since the 60s, it’s been commoditised like design and arts.

Like every time I go to the beach to surf, there’s always rubbish. Every time I come out of the sea, I always pick up rubbish. If I make something out of rubbish for my photography, I end up cleaning up the beach.

I cleanse the beach and again, there’s the connection with spirituality.

Tell me about your serialised picture essay: The Grand Tour: A Pilgrimage in the Footsteps of Those Whom Walk On Water. That reminds me a bit of Jesus.

The Grand Tour in surfing is the journey along the coasts of France, Spain, Portugal and Morocco. It’s fashioned after the 18th Century Grand Tour that painters used to do when they go to Europe.

So we take the surfboards down to the coast of Morocco at a certain time of year… Yeah, like a pilgrimage. And surfing is kind of, like you’re walking on water.

It was during this six-month surf-trip that I notice the build-up of rubbish. I serialised the project in all the magazines. The chapters follow my journey up and down the coasts.

Rather than make a book, I make magazines so I can put a lot of work in there. Varied work. Sometimes I send a project out or enter an image to a competition, and you never hear anything back or an article. In the end, it just: “Oh, I just make my own”.

Do you have any publishing background?

No, not at all. Self-taught, really, as I learn with the magazine. I think it helps being alone in North Devon out on a limb. You’re not necessarily involved with the photographic community or with the arts community too much. Although I get into the arts side of things back at home, it’s not really like London or Bristol.

“I think it helps being alone in North Devon out on a limb. Especially when you’ve not seen how things are done.”

So you’re not in a bubble?

No, no. Which works some ways than it doesn’t. Especially when you’ve not seen how things are done.

When I first started to sell the ad, I used to sell a quarter page, a half page and a full page. When I started to get four quarter page ads together, I find it really hard to visually page them together. So in the end I stopped visualising – I am just doing it by eye.

Advertising is the only bit of the magazine I have no control over. I look at the cost of the whole print run and decide how much I need to make.

I use Photoshop and InDesign. InDesign is work-in-progress. If you continually learn, you can keep making new work.

“They sell surfing as a lifestyle. That’s always a funny one, lifestyle. But if you live a lifestyle you can’t afford to have, it’s another advertising gem.”

That was Alvin Toffler’s mentioned by Lucy Siegle at The Global Wave Conference that I went to. The conference highlights the environmental issues of plastic, and Toffler’s emphasis was used to drive home the message that you need to learn, unlearn and relearn what you’ve done before.

I think we started to do that more now. The conversation has got bigger and global. That vision kinda fitted with me.

The Point highlights issues such as beach erosion and microplastic fibre. What are the immediate concerns amongst your readership with regards to environment and how do you frame it?

I try to be non-didactic in the imagery. I’m not banging the campaign drum of “you must pick this up”. Rather, to subtly inform through the imagery and the words. I think if you look at an image or advertising that tells you what to do, you don’t necessarily go back to it. But I hope people look at things in a calm, reflective way and get to it eventually.

In Issue 6, I saw a photo essay on the Croyde Surf Club’s petition to buy the land that the club sits on. Do people understand the sociality around surfing, that it’s about a community, not a jolly?

Croyde has become increasingly expensive to live in, partly to do with second homes. In the last five years, we see people coming in and they would buy a property for £1m to £2m, and knock it down to build something new.

Now they’ve changed the planning boundaries. Fields that were agricultural fields before now come under planning regulations, so people who own those places start selling them off. Houses are being built on these lands but the local can’t afford them.

I have started to do a project on that. In Issue 6, page 55, I link this with a strip of blue on the side of page. It’s a small space, this area, but there’s a lot of issues focused on this small subject.

At one time, in a small village, there were probably over ten farms in and around the area. But now they are all converted into properties or camping places. There are only maybe one or two working farms. It’s still quite small. The main drive now is tourism. Tourism and surfing. Surfing industry is huge. It’s making so much money but at the same time, to the detriment of the area.

Once you’ve lost what you’ve had, you can never get it back. Surfing’s been guilty of that. In so many places around the world where people have travelled to Indonesia, for example. In the 70s, it was on the hippy trail, whatever. Now this place is a developed tourist destination. Morocco is another example. It’s a huge prime surfer location. It’s not really a place you go for holiday generally unless you surf. They built these new hotels and pushed the locals out.

People come down to surf with their boards and they do buy into that… lifestyle. They sell it as a lifestyle but really, the lifestyle is about not having any money, struggling to survive. That’s always a funny one, lifestyle. It’s packaged and sold as something but if you live a lifestyle you can’t afford to have, it’s another advertising gem.

“I try to be non-didactic in the imagery. I’m not banging the campaign drum of ‘you must pick this up’.”

Finally, Surfer’s Wives. How did that come about? Are there surfer moms and surfer dads?

Surfing has been traditionally a male-dominated activity at a professional level. It’s changed a lot now, also at domestic level. In the past, wives, girlfriends, whatever, would sit in the car and wait when people go surfing, especially in a wet, dreary day. But more women surf now. Young generation, which is brilliant.

Surfer’s Wives is a play on Reader’s Wives. I want to highlight the support that our partners give to us. Especially from our family because it’s quite a selfish pastime. It’s to say, on a personal level, thank you for allowing us time to do it.

I’m also interested in the representation of women. John Berger talks about “men act and women appear”, so I try to photograph women in the acts and try to flip it a little bit. I didn’t want to make images of women as “mother” or as “in the kitchen”.

But I remember one woman in her 70s who said: “I don’t do anything. I just like baking”. I didn’t really want to do a woman in the kitchen – I want to move away from domesticity.

So I went: “Ok, if you bake some scones or whatever, and I’ll photograph it as you go, so at least you’re doing something rather than being there for the male gaze. And I turned up and she’d already baked the scones and I went: “Um ok, we’ll go with that”.