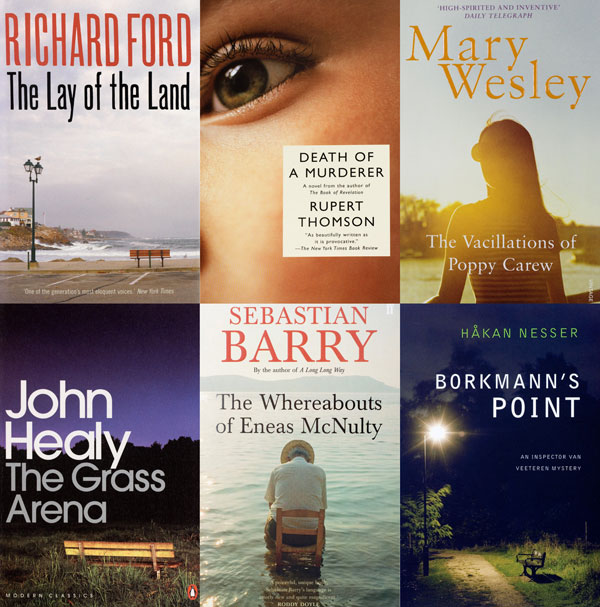 Self-publishing was “once considered the preserve of eccentric rich show-offs” but now is the authors’ “first and best option for getting work out”, says Niall McDiarmid. McDiarmid is a photographer working on editorial and commercial commissions. His photographs have been featured on the covers of novels and biographies including works by Richard Ford, Cormac McCarthy, Jonathan Coe, Mary Wesley and Sebastian Barry. McDiarmid is based in London.

For the time being, the future for traditional publishing looks fairly bleak. However dim in the near future can only mean brighter later, I would say. Stories are what we as individuals thrive on and have done since long before the printing press was around. It seems unlikely that technology would kill such a basic human emotion as story telling.

I am not in the publishing industry but, as an outsider, I think the future for the printed word in particular is not good. As a photographer, having lived through the death of analogue film and the move to digital, there comes a tipping point where the majority of users will dictate the way forward. Unless something changes to revitalise the printed book, it seems ebook and other digital reading forms will dominate in the coming years.

Saying that, however, and also as a photographer, I have seen the growth and flourishing of some great traditional art and photography publishers, producing books of amazing quality. A great example is the small German press Steidl, founded by Gerhard Steidl. You can watch a great video on how the company works here:

The other huge expansion in publishing in the past five years has been the explosion of self-publishing or DIY books. Once considered the preserve of eccentric rich show-offs, many writers, artists and photographers often consider this their first and best option for getting work out. I’m a huge fan of self-published books. One to look out for here is the well-known Magnum photographer, Alec Soth, who runs his own little publisher – Little Brown Mushroom.

Bespoke cover art is very important to market books successfully. Why is it important for publishers to work with art directors and photographers? Does the ebook revolution affects the creative process and the making of great book covers?

It’s much more difficult to see photographs on the cover of books when they are displayed online, so their importance has declined. I feel there has been a gradual increase in the number of books showing graphic text only on the cover. With publishers keen to get continuity over a series of books by the same author and unwilling to spend the money on commissioned photographs, it is seems design-only led covers are favoured at the moment, particularly those with a slightly retro look.

As a photographer, it’s often demoralising to see the butchering of a good landscape image with the addition of a poorly photoshopped black silhouette figure, but sadly it happens all too often, particularly in crime fiction.

What is your favourite book? By author/photographer, designer or publisher?

Favourite novels: “The Sportswriter” by Richard Ford. “A Heartbreaking Work of Staggering Genius” by Dave Eggers. “High Fidelity” by Nick Hornby. “Where I’m Calling From” by Raymond Carver.

What was the last book you read? Or published!

The last book I bought was “Redheaded Peckerwood” by the artist Christian Patterson. It’s a photographic exploration into the tragic three-day killing spree of 19-year-old Charles Starkweather and his 14-year-old girlfriend in Nebraska in 1958.

Published by Mack towards the end of last year, it has been amazingly received and featured in many best of 2011 lists. It sold out within three months. Track it down if you can! (Although a second edition is on its way, I believe). A perfect example of why limited print-run, well designed, physical books will be around for many years to come.

I have never as much as picked up a Kindle, perused a PDF book or flicked through an HTML novel. I hear good things about them but somehow I am still addicted to the printed page. It smells good. I am also a big fan of secondhand books. There’s nothing like visiting a town for the first time, searching out a used bookstore and picking up a little treasure to remember your visit.