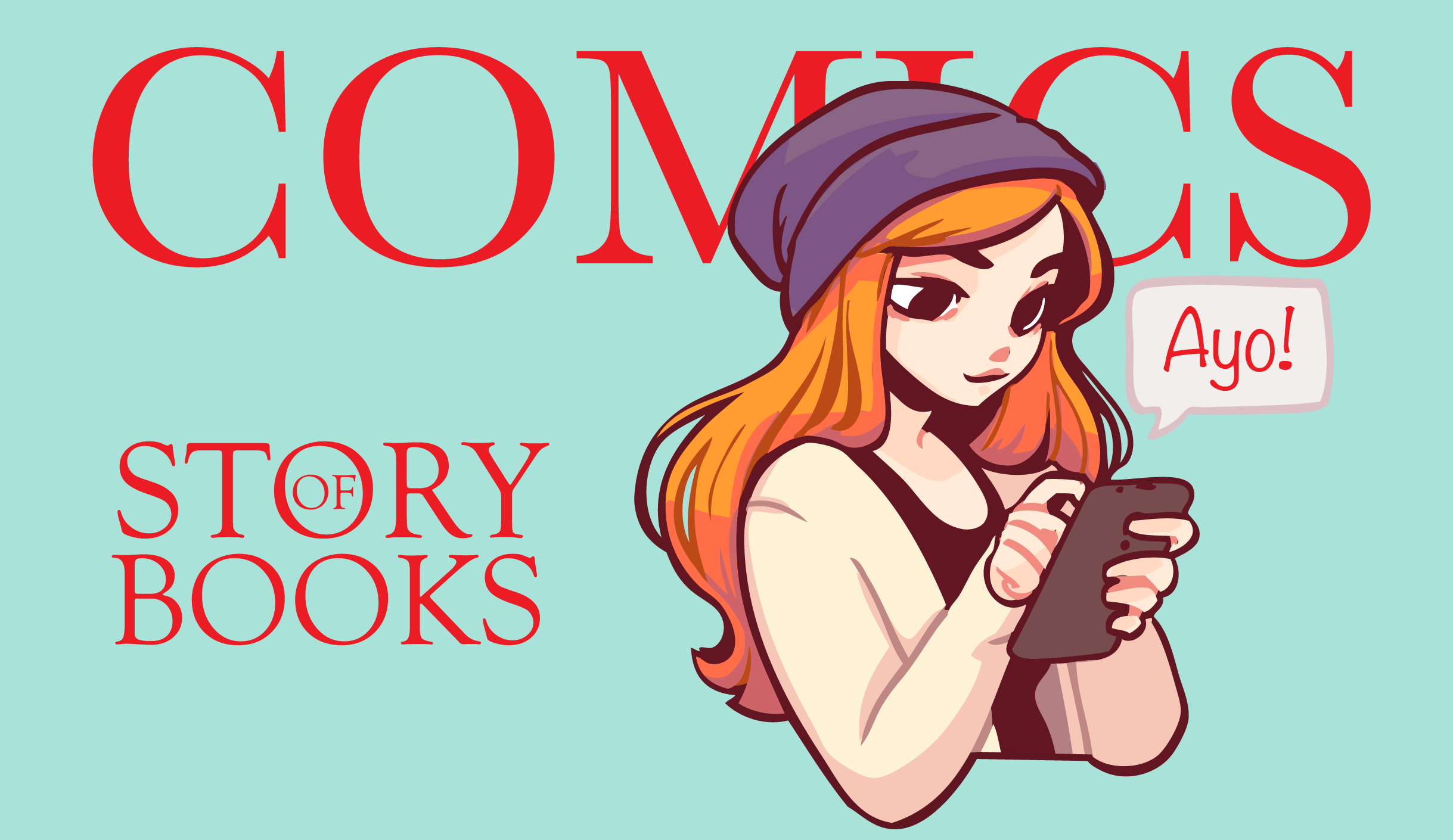 The success of Indonesian webcomics and graphic novels is not only down to a big market size. The digital apps help. And there’s also magic in the storytelling.

Selling books in Indonesia is not easy. Imagine trying to distribute your books to over 260 million people spread over 1.9 million sq km across 17,000 islands. Shipping, the most common form of logistics, can take up to a month. Air transport is expensive.

But that doesn’t stop Indonesia from producing good literature, and award-winning comics and animations. Authors we met at The London Book Fair have six-figure or seven-figure followings on social media. An indie publisher said 1000 copies per title is the benchmark for “breaking even”.

But is it only the sheer power of readership numbers that’s responsible the Indonesian publishing boom? It’s more than that. Indonesians love books and enjoy good storytelling. The country has been producing outstanding storytellers for decades. But of course, the internet helps.

Many of the authors utilise platforms such as Instagram and Wattpad to create rapport with readers.

Marchella FP, graphic novelist, Nanti Kita Cerita Tentang Hari Ini (We’ll Talk About Today Later) has over 1 million followers on Instagram. She regularly posts topical questions to her followers via Instagram stories to create meaningful conversations. “I treat my audience like my friends,” she said. “The work is not all about me. It’s about my readers. It’s about us.”

Marchella FP believes in having a well-thought out social media strategy in producing her book. At the content seminar at the Buzz Theatre, she told us: “As a creative director and graphic designer, I plan my book like a product. I use social media to introduce my baby. I did a marketing plan and assigned a team to promote it on social media.”

Her book, also known as NKCTHI, has seen 12 print editions. Gramedia, the book distributor, said that about 5,500 copies were sold via pre-orders alone. Some 5,000 print copies were sold in Java on the first day of sale.

The Indonesian authors also use Wattpad to showcase their books – be it written words or graphic novels – where samples are shared to gain immediate reactions from the fans. Think of it like a Kindle with live chat. Your readers can comment on your story, sentence by sentence.

It could be daunting to authors but also entertaining.

Ayo! Let’s do it on Webcomics

Webcomics is a mobile app platform of serialised comics, divided into bite-sized chapters that could be unlocked with tokens or micro-payments. Authors can choose to sell the final chapters using mobile payment. They can also offer limited edition print books online. Like Wattpad, readers on Webcomics can rank the stories and post comments on them. The comics are beautifully illustrated and quite “addictive”, according to our Creative Director.

Also key to Indonesian comic books success is their out-of-the box approach in selling the books. The independent authors usually don’t have a big marketing team, so they are more experimental and fearless in using social media platforms to their advantage.

At the “Indonesian Graphic Novels” seminar, Rakhman Azhari of Tahilalats (“moles”, as in freckles) told us that their Mind Blowon webcomic has 3 million subscribers on Line Webtoon channel and 3.2 million followers on Instagram. To date, their combined users have grown to 13.9 million. With that colossal reach, Tahilalats are able to monetise via product placement and marketing services.

“Millennials don’t like to see advertisements, so we offer product placements in the comics,” said Azhari. They also offer comic remake competitions – similar to Word Prompt competitions for fiction – as marketing campaign for brands or movie launches.

Nothing beats a comic conference

But how else does an author translate the online offerings into profit? Festivals and comic events are a lucrative channel for the authors, according to comic scholar Hikmat Darmawan at the “Indonesian Graphic Novels” seminar.

At events and conferences, fans have opportunities to meet their favourite authors and purchase limited edition items from them directly.

Distribution is still a challenge for independent authors, considering that services such as Amazon is still not as accessible due to higher prices. Darmawan told Story Of Books that at events, authors can only distribute between 10,000 and 30,000 copies. Those are big numbers by UK standard, but Hikmat quickly reminded us that Indonesia is a market of 260 million people. So those figures to him are small.

According to Eva Yulia Yukman, Managing Director, Litara Foundation, a children’s literacy NGO, logistics is still an issue for Indonesian booksellers. Air transport is too expensive for publishers. Sea transport is slow, taking up to one month to reach the buyers.

However, being an NGO enables Litara to partner with other non-profit bodies to widen their print circulations. Its children’s titles have been exported to countries within Southeast Asia. Yukman said four titles were distributed in Vietnam with the help of US charity Room To Read under its Room To Read Accelerator Project.

It’s hard not to be impressed by the array of over 200 books and graphic novels displayed at the Indonesia Market Focus stand. Equally impressive is the authors’ efforts in disseminating their works.

The quality of the video animations and manga are just as good as the ones produced by the Japanese and Hollywood studios. Indonesia’s booming comics scene no longer need play catch-up with the rest of the world.

Indonesia at The London Book Fair