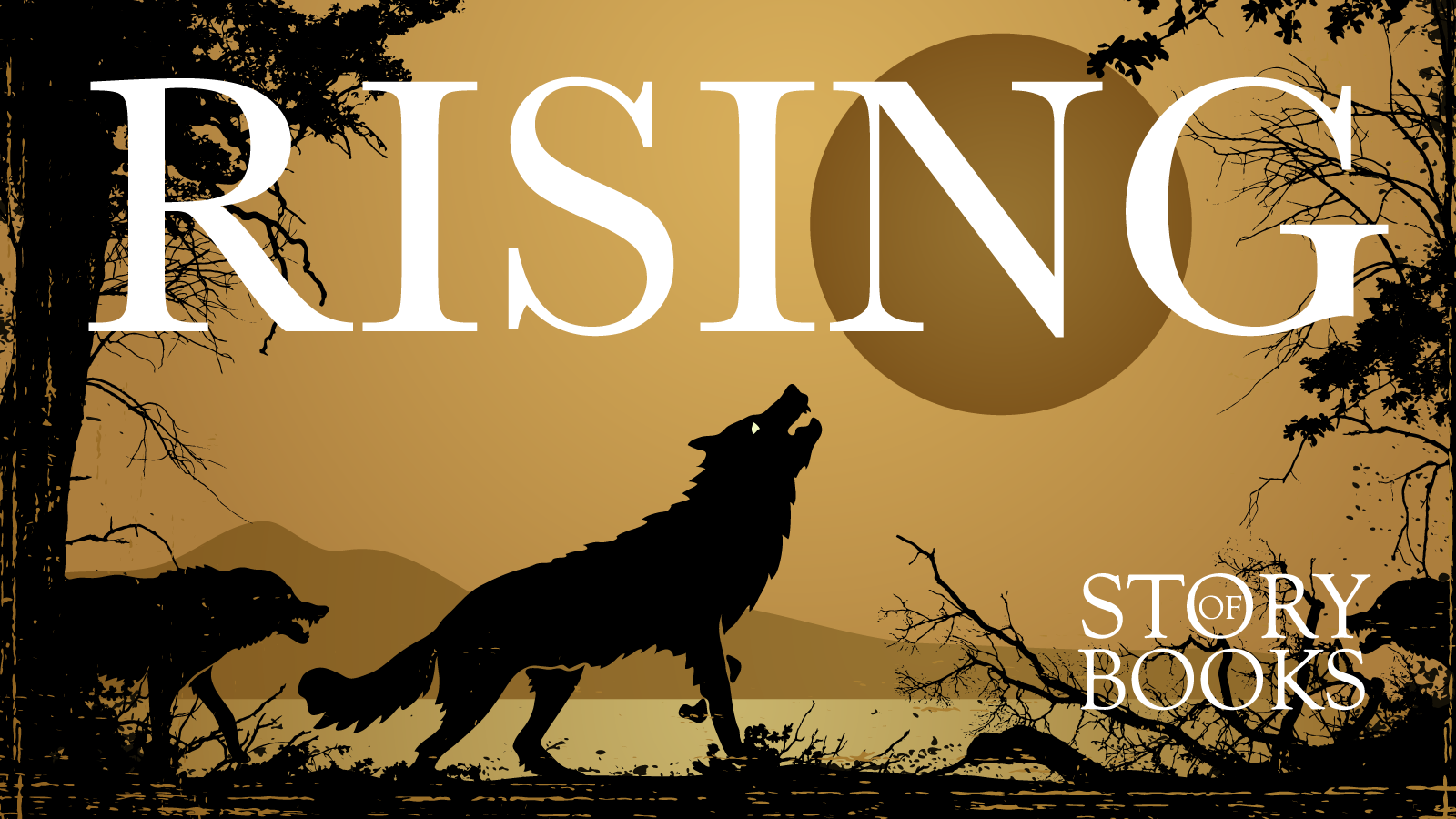 What’s not archaeology about horror? Castle ruins, old battlefields, cursed diamond in the crown jewel, indigenous burial grounds…. MCM Comic Con horror panel returns in 2021, this time touching on horror’s relationship with history and the deep time. The panellists discuss the structure of the genre in the East and West, and the old communist bloc’s preference of sci-fi over horror. We also learn that pandemics and world wars provide much to inspire horror stories – but there is a caveat: if it’s too recent, your literary agents might not want to hear about it.

In 2019, environmentalism and patriarchy were some of the topics discussed at the horror panel of MCM Comic Con London. This year, the topic broached was on historicity. That is, how history – for example, a gruesome past – plays a role in helping you plot a storyline.

The horror of history

Mauro asked: “Is history inherently horrific? Do we look at it with modern eyes? Is it a malleable thing in my mind?”

Williams said that England is suited for writing horror, with “so much history, so much blight”. Folkstone is the backdrop of his novel, The Gift, which deals with what he described as the real terrible things closest to home. “Why do we have to go far afield when it’s behind us in our own backyard?” Williams asked.

Newman pointed out that horror tends to deal with deep time. Case in point: the ghostly tales by M R James which are ‘antiquarian’, sometimes involving ‘old manuscripts’. Much like The Amityville Horror by Jay Anson. Newman described the latter as a “mortgage horror” – something bad happens to the owner of the house before you. “If you’re not haunted, you’re eaten”, he quipped.

The conversation took a philosophical turn when Mauro brought up an idea posited by Jacques Derrida: ‘the telling in the present is haunted by the ghost of the past, which is neither present nor absent, neither here nor gone’. Derrida is alluding to the collapse of Communism in the 90s, and the lingering ‘legacy’ of Marxism in the post-Communist era. Some ideologies suited for the past are like this ‘ghost’ that isn’t anchored in time or place. It just hangs around in a limbo. That’s what a haunting is. To us plebeians, it means that ghosts can only haunt the present but they can’t go back to the past.

The inheritance: Western vs Eastern horror

Newman’s notion of deep time continued in a conversation on Western and Eastern horror genre.

Dr Angus claimed not to know much about horror outside the West but she gave a good example of The Other by citing zombies. She said zombies represent ‘immigrants’ – we take this to mean people outside our own cultural comprehension. She gave another example: the “Indian burial grounds”, a feature in The Amityville Horror and Stephen King’s Pet Sematary.

Of course, these allude to the consequences of displacement caused by conflicts, colonialism and imperialism.

Mauro asked: “Is there a trauma in acknowledging history?”

She mentioned an indigenous writer called Eve Tuck, the co-author of A Glossary of Haunting. Tuck says that in Western horror, the person monstered is innocent and must defeat the monster. Mauro pointed out that in the East, you relinquish yourself to the ghost, as in the case of the Japanese Ring: you pass the ghost on or you succumb to it.

Our take on this is that in Asian cultures, demons can be deities. They’re not necessarily the devil but a ‘function’ in life. In Southeast Asian culture, a ‘saka’ – derived from the word ‘pusaka’ meaning inherited ancient objects (archaeology and deep time again) – can be a spirit guardian that you pass on from one generation to the next. Well, a guardian to you but a nasty demon to your enemy. It’s a thing. A recent Chinese film based on the Japanese novel series Onmyōji explores this topic of ‘saka’.

In Western horror, the person monstered is innocent and must defeat the monster. In the East, you relinquish yourself to the ghost.

Holloway said that Hungary hasn’t got much of folkloric ghost stories. She was informed by a Hungarian that this is because “they were always losing wars, had always been killed and had no time for psychological horror.”

Attitude must have changed by now. In 2021, the film Post Mortem was selected by Hungary to be a contender for the 2022 Oscars in the best international feature category. The story is set at the end of World War I, around the time of the flu pandemic.

Newman explained that the old Communist bloc has a culture antithesis to horror fiction. In the former Soviet Union, science fiction was encouraged because “socialists will rule the stars”. Horror, on the other hand, is superstitious and decadent, but steeped in the knowledge of history and sin of the past.

The former Communist bloc is rich in folklores, though, especially before they fell to Communism (think of Transylvania in Rumania). Williams recommended us to read Vampires, Burial and Death: Folklore and Reality, which deals with ghostly folklores in Eastern Europe.

In the former Soviet Union, science fiction was encouraged because “socialists will rule the stars”. Horror, on the other hand, is superstitious and decadent.

Skeleton in the closet

Holloway reminded the audience that the East India dock isn’t that far away from the Excel exhibition centre, where MCM Comic Con London was held. She said she’d like to be born in the Victorian era and be a Victorian lady, but she would be dead. Her ancestor, a doctor, was a likeable man but did horrible things. “Everybody wants to be related to a king but don’t want to be related who’d been executed or evil,” she said. The whole history of the British Empire, expressed in horrible grotesque cartoons and satire, excited and disgusted her at the same time. It is two sides of the same coin.

If Holloway has mixed feelings about her history, she’s not alone. Many of us have done genealogy research only to discover – despite the initial euphoria of discovering that you’re descended from aristocracy – that some royal ancestors were really rotten. Probably deserved their fate, too.

But this is why (deep) time is a distancing mechanism that can heal all wounds and iron out those hang-ups. History enables you to digest the past as facts and look at facts objectively. Like Williams suggested, put your own feelings to it, turn that into a ghost story, and that’s your commentary on that period.

What if something you’re afraid of becomes real? Has or will this change the way we look at horror? Mauro asked.

Williams didn’t think so. He said in the US, a lot of people put their heads in the sand about the current Covid-19 pandemic. Dr Angus compared the pandemic to the Black Death. Yet, many people insisted the Covid-19 pandemic isn’t real, she observed.

Literary agents do not want your pandemic novels, Holloway revealed. “No one’s going to green light a pandemic novel for the next 10 years,” Newman said. “Nobody wanted to do Vietnam war stories until the 1980s.” Earlier, he noted that not many horror films mention World War 2.

“We need a certain amount of time to assess trauma”, Mauro said.

“No one’s going to green light a pandemic novel for the next 10 years…. Nobody wanted to do Vietnam war stories until the 1980s.”

True. It’s been seven decades but World War 2 is still a touchy subject, especially in Asia Pacific. The occupiers and the occupied are now trading partners. But Southeast Asia, that massive battleground, is full of ghost stories of the Allied, Japanese and local casualties. These are unfulfilled spirits sighted by locals and soldiers who now occupy old military camps left by their predecessors.

Strangely enough, the longest running horror series in that region, Talking With The Jinn, which ran for 23 years and 6 months, tells the story of hauntings from the Hindu-Buddhist period. That’s some 400 years ago. World War 2 is still not a material for horror. We’d rather the fallen compatriots of our grandparents, and the parents of our parents, to be remembered as heroes. They can’t be ghosts just yet.

More on the authors