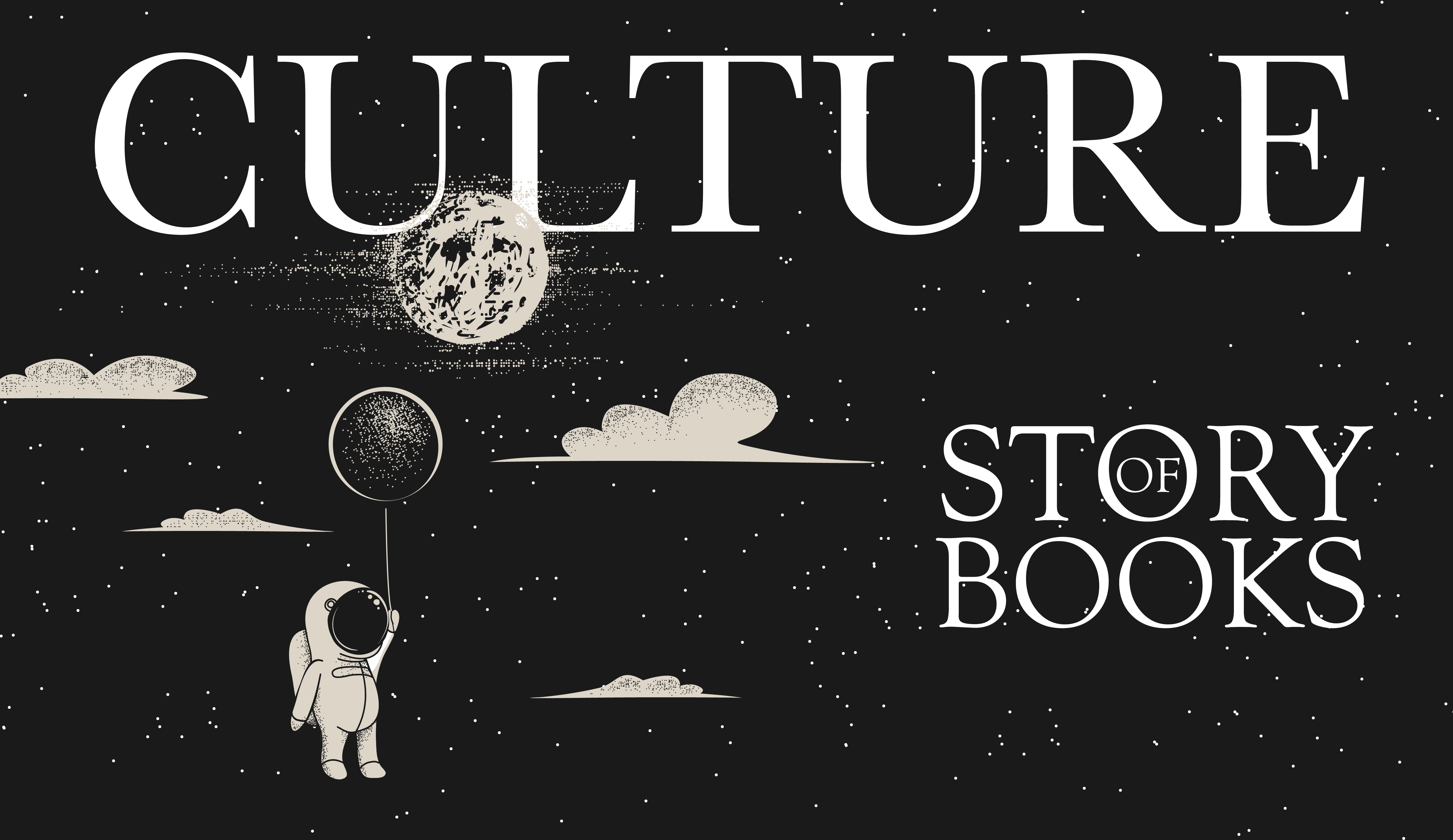 The next phase of space exploration could well be “post-human”, with robots and AI primed to take on the space race. The biggest challenge isn’t just the harsh outer space environment. The human character needs reforming first. Dr Brian May, astronomer, author and rockstar, discusses this, environmental issues and his book, Mission Moon 3-D, at a Science Museum event.

We missed Dr Brian May’s appearance on the last day of London Book Fair 2019. To make up for it, we rushed all the way from MCM Comic Con on 24 May 2019 to cover “Summer Of Space: Martin Rees In Conversation With Brian May” at the IMAX Theatre, Science Museum, South Kensington.

The evening kicked off with a music video called New Horizon (Ultima Thule Mix) by May. It was a rock song but the subject matter was about two space rocks that the probe flew by called Ultime Thule.

May said when he was asked to write the song, he didn’t know what rhymes with Ultima Thule. But he was glad the space mission to Pluto was called “New Horizons”. The lyric was written by Don Black. And that set the tone of the dialogue for the evening: serious in some parts, highly scientific but also funny. Scientists have a good sense of humour.

May, cosmologist Prof Martin Rees and Roger Highfield, Science Director, Science Museum, talked about the stereoscopic photobook, Mission Moon 3-D: Reliving the Great Space Race. May said he got interested in 3D images because of the Weetabix 3D card giveaways that he got when he was nine.

Because space exploration takes years to complete, by the time the probe discovered Ultima Thule, the probe technology was 15 years out of date. Still, it was quite an occasion to have a close encounter with the celestial kind. Just like when men first landed on the moon.

Yes ! Here I am peddling my wares to the Book Trade ! Actually it was a lot of fun and we made some good friends for my London Stereoscopic Company ! A stereoscope in every home !!! Cheers folks ! .# And … in 3-D ???! 💬 💬 💬 Photo by Nicole Ettinger. Bri

Highfield asked where they were when that happened in 1969. May was with his drummer Roger Taylor at the latter’s mom’s house in Cornwall. He was asked if they drank to celebrate. “Oh, we always drink on joyous occasions,” May responded, giving us what we wanted to hear from a rockstar. “We drank tea.”

Rees told us he was with Sir Fred Hoyle, the astronomer and sci-fi author, when the Apollo 11 landed on the moon.

Apollo now and then

When asked how he felt about Apollo in 2019, Rees said that in 50 years, space exploration has expanded greatly. Now we have satellite navigation and weather forecast. In terms of inspiration, there’s been anything quite like Apollo. Can it be revived? “Unless the Chinese want to do it,” Rees replied. We had to justify to make it safe with a tight budget. Rees believed robots can do the mission more cheaply and safely than humans, so there’s no need to send people.

“I hope they will go to space but as adventurers who are into dangerous sports or like explorers in the 15th or 16th Century,” he said, “Those who can take risks funded by taxpayers.”

A trip to Mars would suit a middle age couple who are “stable”, “don’t mind being cooped up” and “don’t mind the radiation”.

Space exploration isn’t cheap. Rees told us that it’s not worth the 12-figure sum. The scientific output is minimal. The Hubble Space Telescope has assisted with more development.

May is more excited about the probes. They can go to Jupiter but humans can’t do that. “We don’t have to leave home because the probes can be your TV.” He reckoned a trip to Mars, in which we’d have nowhere to land in 500 days, would suit a middle age couple who are “stable”, “don’t mind being cooped up” and “don’t mind the radiation”.

Dreaming of the moon

Rees said that if private companies want to send people to Mars, we can cheer them on. He reminded us of what Elon Musk had said: “I want to die on Mars, not by impact.”

Whilst some may set their eyes on Mars, May had his heart set on the moon. Very romantic. He said any astronomer would like to sit on the moon. It’s not polluted. It’s very attractive. But he thinks it’s a bit late in his career now to go there.

“It could be a one-way ticket?” Rees suggested. “I can’t do a concert on the moon,” came May’s quick reply. “It has no atmosphere.”

Since life on Mars would be very harsh, is mass emigration to the planet out of the question?

Rees believed it’s a terrible delusion. It’s far more uncomfortable than living in the South Pole. He thought Jeff Bezos’s moon lander mission, Blue Moon, isn’t a crazy idea because it uses robots, not people. As an astronomer, he thinks that we are a product of 4 billion years of evolution – from primordial slime to what we are now – but we are certainly not the culmination of it. He quoted Woodie Allen (of all people): “Eternity is very long, especially towards the end”. There is no more natural selection in the evolution.

“Imagine if people are on Mars, not regulated in a harsh environment,” he posited. “They would turn to genetic modification and so on to survive. They have the motivation.”

He said in this century, a new evolution is going be to be jumpstarted. This is a post-human endeavour, not a human enterprise.

May said he made this point when he gave a talk in front of astronaut Neil Armstrong – an experience he found intimidating despite being an astronomer. He was pleased to discover that Armstrong’s speech afterwards reflected his concern. Armstrong said that whilst last century was about human and technology, the next century is about the improvement of the human character.

We are a product of 4 billion years of evolution – from primordial slime to what we are now – but we are certainly not the culmination of it.

Q&As with the audience

How do laymen access astronomy if they’re not scientifically minded or don’t come from STEM background?

“Buy books,” Rees advised. The scope of citizen science is immense. You don’t need to go to university to learn about science. May reminded us that missions by NASA and ESA are experiments funded by taxpayers.

What about advancement in geo-engineering?

May said controlling climate is very difficult. “Carbon dioxide is generated by animal farming. If we stop eating meat, we can make a difference,” he said.

How can we drive home the message that space has no borders?

May replied: “Get all the leaders to the orbit so that they could see the earth has no borders.”

Where do you think the black hole leads to if anywhere?

May responded: “I have no idea”.

“No one knows,” Rees said. “It’s like going through spaghetti fire; you’ll be torn apart. It’s no good sending a student there, so no one can tell me. In the film Interstellar, the guy (lead actor Matthew McConaughey going through the black hole) is shaking like he’s on the Northern line.” “It is a black hole,” May confirmed of the Northern Line.

When will humans reach Mars?

“Sooner if Elon Musk get his stuff together,” said May. “Maybe soon.”

Never mind the scientific advancement, can we reform the human characters first?

May explained that we got to the moon as a result of because of enmity caused by the Cold War between the West and the Eastern Bloc. But scientists can easily traverse borders and faiths, like proton, the subatomic particle. Proton is the same all around us.

On that note, he cautioned, “because of Trump’s approach, the next space race might be more of a competition.”

About The London Stereoscopic Company

More on Dr Brian May