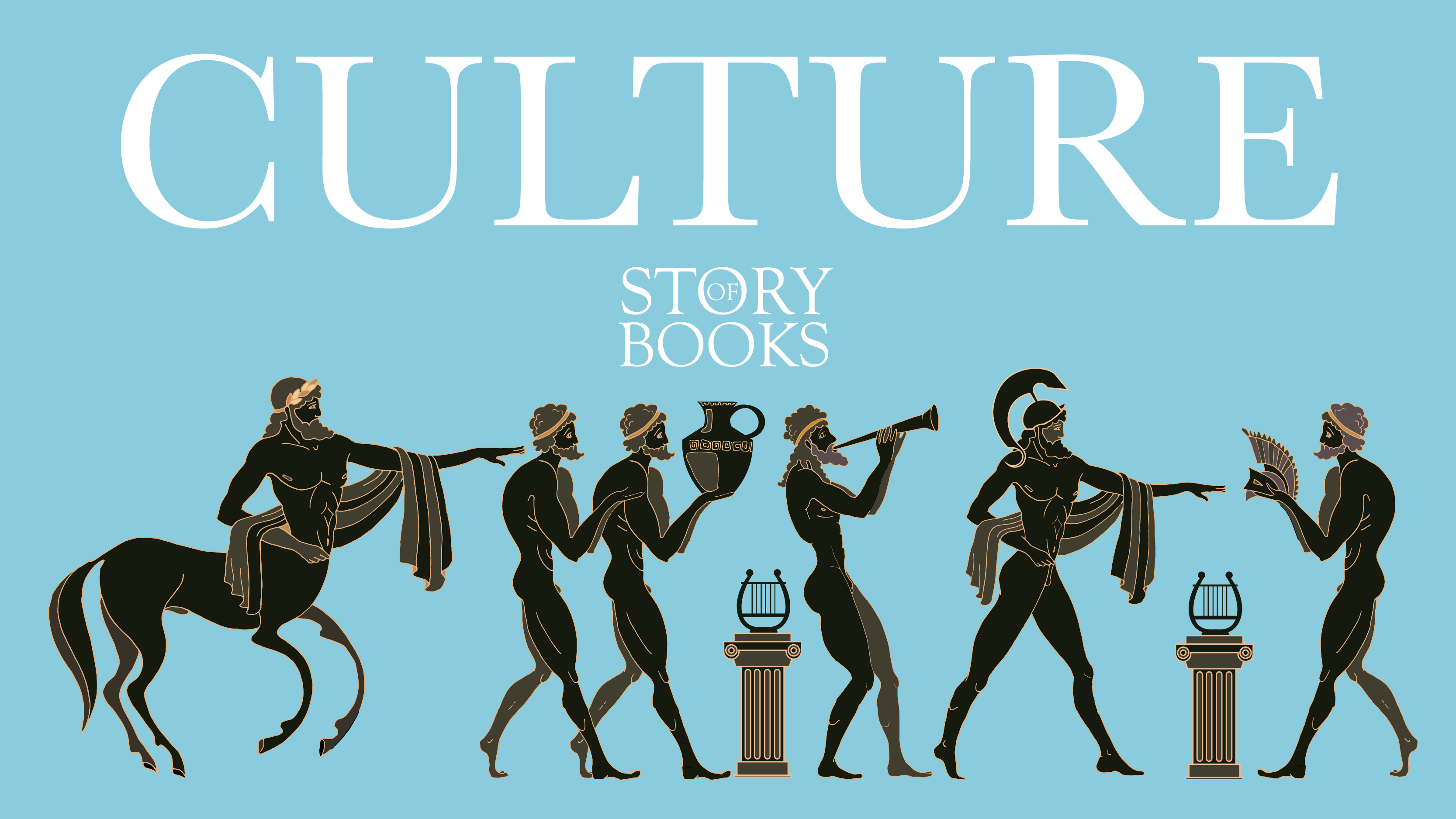 Technology intervenes in our lives. Aesthetics make the intrusion more acceptable. Paul O’Kane, author, Technologies of Romance Part I & II, proposes that aesthetics judgement can be used to keep technology in check and in line with humanity. He also asks us to have more faith in the romantic roots of revolutionary thoughts. We were at the South London Gallery on 24 October to cover the launch of Part II.

Ahead of MCM Comic Con London, we attended the launch of Paul O’Kane’s book, Technologies of Romance Part II.

The book is a follow-up to the first volume, Technology of Romance Part I, that we came across at London Art Book Fair in September. O’Kane lectures on histories and theories of art and culture, Central Saint Martin and SOAS.

The launch at the Clore Studio, South London Gallery, was unique because the organisers – Eedo and Central St Martins – invited everyone involved in the making of the book to speak.

The book, a romantic technology

In Part I, O’Kane maintains that aesthetics used in a technology can “heal the rupture” caused by its unwelcome intervention into our lives. Aesthetics – which can come in the form of design – makes technology more acceptable. He says that aesthetic judgement can be used to provide “checks and balance” on technology so it can be ‘corralled’ to the service of humanity – not the other way around.

It took us some time to chew on this idea, but it all made sense when we witnessed the creativity and innovations at MCM Comic Con. O’Kane cited poets John Clare and Williams Wordsworth as two of his Romantic influences. The notion of beauty and feeling driving a technology is also prevalent in comics and games development.

The Romantic movement, a response against the Industrial Revolution, later inspired designers and technologists behind the Arts and Crafts movement.

The Romantic movement, a response against the Industrial Revolution, later inspired designers behind the Arts and Crafts movement.

At the launch of the second book, the speakers discussed the concept of technology as a bridge between “our emotional life and everyday life”. Take the book for example. It’s the conduit for the dialogue between the writer and the reader. As an “intimate object”, it can fit into your back pocket. Or, as Catherine Dixon, the designer, pointed out, it can be performative in the form of a big Bible that is meant to be read out loud.

The romance of concealment

Bada Song, editor, posed a question: Are the cover of the book, the title and the publisher necessarily to form identity or authority of a book? She said because of censorship in South Korea between 1970s and 1980s, books circulated without covers to avoid detection. Her brother had to bury books that he once kept on the shelf. If the book cover is removed, is it not romantic anymore?

Well, if enigma increases desirability, one can argue that it can make the book more romantic because, as E M Forster said, “Romance is a figure with outstretched hands, yearning for the unattainable”.

So we get what Part I is trying to say: if we are always on, always present in this digital age, then why write a book at all? There’s no surprises.

Remediation: the story of Verdana

All talks on technology and reproduction lead us to remediation. Eleanor Vonne Brown, the retailer, said that artists, authors, designers are always interested in the process rather than the end product but they always end up with the book. Books get collected, recycled, passed down generations, the content continually reactivated and thus, perpetuating the “romance”.

Dixon, the typographer, said that “fonts are little pieces of technology”. The large type she prescribed for the book consists of Georgia and Verdana. They were designed by type designer Matthew Carter. Verdana was developed for a specific technology by Microsoft Corporation – for the screen. But by the time he created it, the technology got updated. He was designing a type for an obsolete technology. But somehow the font has a life beyond its intention. It gets used for print.

The small type, Futura, is a digital version of the type originally designed for metal press. The Futura she prescribed is a digitised version of how it looks in its printed technology.

Tony Yard, the printer, has done five books with O’Kane. He used a type of press to replicate the typeface. As a printer, he doesn’t think of it as a romantic subject although he acknowledges printing as human-machine interaction.

Illustrator John Whapham said the book is a metaphor of a journey. His illustration punctuates each chapter to give us that feel of going through the chapters of life. He mentioned briefly about a book designed to be kept in the back pocket: A Very Short Introduction to Art Theory by Cynthia Freeland.

O’Kane mentioned the DJ deck. Digitisation “is a cold technology” that became “music” because of the technological disruption brought by the cultural appropriation of the deck. Part II mentions a bit about Kraftwerk’s Autobahn in page 211.

For material culture, we had to study Grandmaster Flash’s deck and the technological appropriation behind postmodernist pop culture. Our anthropology lecturer, Victor Buchli, co-curated a postmodernist exhibition at the Victoria & Albert Museum a few years back. We got to see the deck at the show and it was awesome.

The book, an economy of means

Story Of Books asked O’Kane to comment on digital media and the always-on consumption that leaves us little room to think. He said a book is an object of “pleasure through the economy of means”. They can, as economy of scale, be mass-produced and sold cheaply. However, compared with apps and social media that are fast-and-furious, and can be distributed infinitely, books “are more stable formats”. They slow you down. They invite you to reflect. That’s how the experience is to be appreciated.

Of course, this is our take of what he said. If you want to hear his actual response in its entirety, do have a listen to the recording here:

O’Kane’s theory approaches the sociality of technology (pardon the Latinate noun) and proposes solutions from the point of view of Arts and Design. We looked at similar phenomena under Digital Anthropology. But for those interested in making creative technology, this is a school of thought to consider. We went to MCM Comic Con with this, and other opinions framing our observation, and they make sense.

Technologies of Romance, the symposium

To mark the publication of the second book, Eeodo and Central Saint Martins will be holding a symposium, Technologies of Romance, at the Science Museum, Kensington, London, at the end of November 2018.

We have just begun to read Part II, which is a bit thicker than Part I. We will tell you more of that second book and the symposium in the near future.

Excerpts from Technology of Romance, Part I

“We use technology to legitimate… ourselves as superior.” (pg 34)

“Pains are taken… to ensure that we see technology as novel and machines of fun. Technology’s otherwise barbaric intervention might be dressed up… with elements of design, ingratiating it to its audience, taking the edge off its shock.” (pg 45)

“But why today write a poem or novel at all, why write or make a book… when we are all always present to one another… and have similar things to say?” (pg 81)

“Romanticism may have been a compensatory response to industrialisation, idealising nature and beauty to the ugliness of a new technology.” (p 163)

“Technology of Romance Part I hopefully provides a way… to advocate greater trust in the romantic roots of revolutionary and progressive thought.” (p 168)

“It may also be time for the Left to romantically imagine… to believe a magic of its own… and to trust and value stories above data and information.” (Ibid) 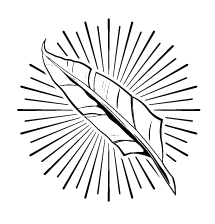