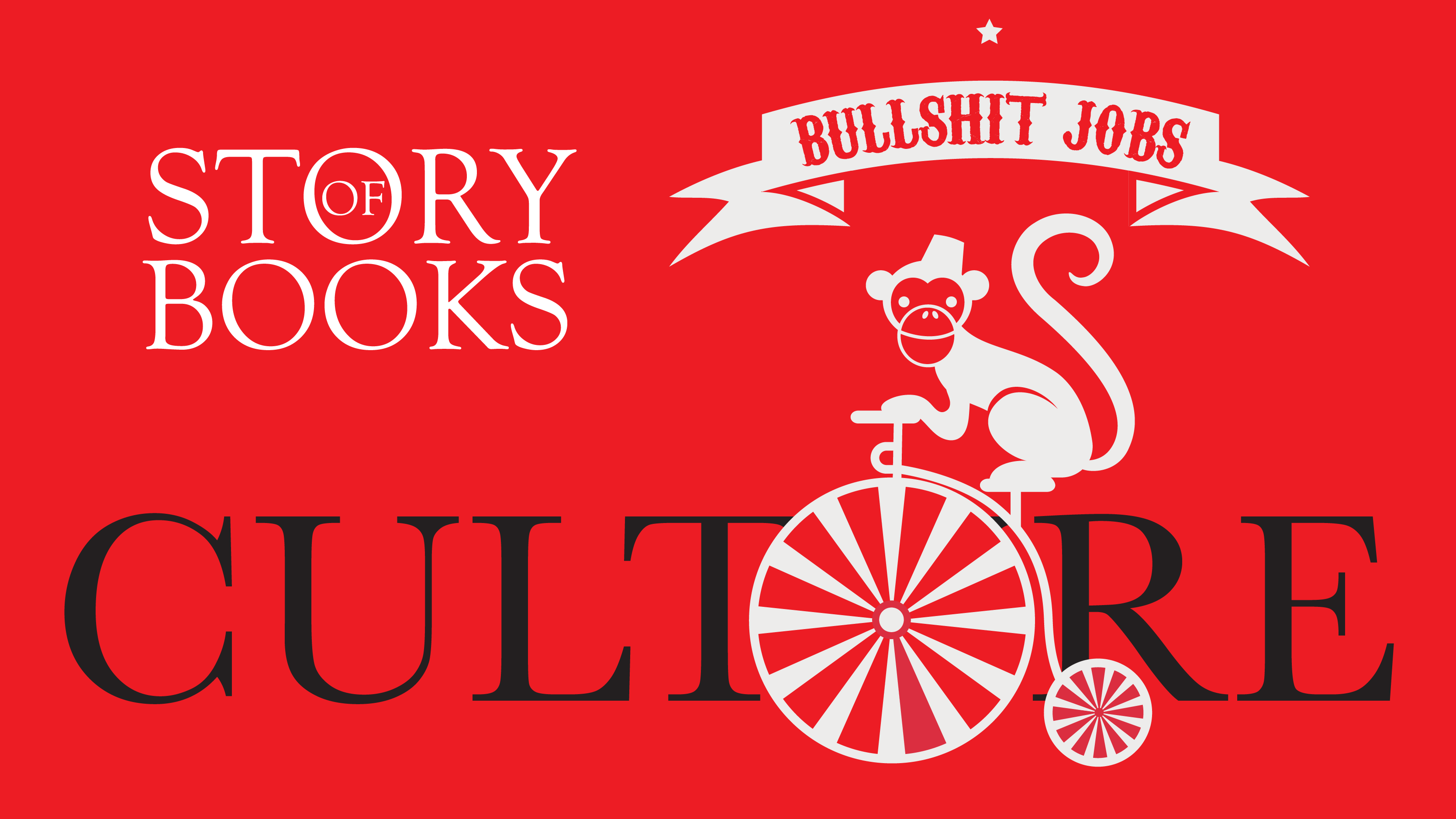 Bullshit jobs make us ill, fill us with guilt, waste money, induce impostor syndrome and reduce productivity. So why are we not talking about it as a social problem? David Graeber, author, Bullshit Jobs: A Theory, makes his case at the London School of Economics and Political Science.

David Graeber, Professor of Anthropology, made a splash in the academic world and in Twitterverse recently. This week, we attended a talk organised by the Department of Anthropology, LSE, to impartially hear about his book, Bullshit Jobs: A Theory, and his thinking behind the phenomenon of pointless labour.

A bullshit job, he explained to a full-house audience, “is pointless that the person doing the job think it shouldn’t exist”. It is detectible in the white collar organisational structure we identify as ‘middle management’ but that isn’t the exception. There is a distinction between a “shit job” and a ‘bullshit job”.

The research in bullshit jobs started out as a joke, Graeber said. A friend started a magazine and asked Graeber for something provocative. He was reminded of John Maynard Keynes’s prediction in 1930 that within a century, we will be working 15 hours a week because of prosperity and advancement in technology. By that time, we will have time to enjoy life. That didn’t happen, so it got Graeber wondering.

Economic prosperity did arrive in the 1960s but so did the civil rights movements and consequently, civil unrest. Graeber reckoned the authority had to figure out means of getting the people ‘occupied’. Giving them ‘jobs’ was the answer.

The origin of bullshit jobs can be traced back to the bullshitisation of the real work. This is characterised by useless meetings and paperwork.

“There is a structural link between meaningless position and pointless task,” he explained. Alluding to the top-heavy white collar organisational pyramid, he said that you’re not a person of importance unless you have a bunch of “flunkies” working under you.

In the caring profession such as nursing, the nurses – who have real work – become bogged down half of the time doing paperwork. “The bullshitisation of real work justified the pointless positions,” Graeber said. This explains the creation of bullshit jobs, with the bullshitised real work placed either at the top (eg: surgeon) or bottom of the organisational structure (eg: cleaner) and the pointless jobs in the middle (eg: supervisors, managers).

To distinguish shit jobs from bullshit jobs, Graeber drew an example from the recent strike carried out by subcontractor cleaners of the University of London over better pays and working conditions.

“If the financial consultant disappears, nobody would notice. If the toilet cleaner disappears, everyone notices.”

He pointed out that the New York City sanitation worker strike in 1968, which had left 100,000 tonnes rubbish uncollected, got called off after nine days. The city could not do without those cleaners. But the banking strike in Ireland in 1970 got called off after six months “because nobody cares”. The economy did not collapse.

Graeber revealed that he got invited by the Bank Of England to give a talk at a macroeconomics gathering. So he gave a talk on the macroeconomic consequences of useless employments.

Digitisation has a significant impact on different types of labour. Will robots – via automation or mechanisation – replace our jobs? “Robots already replaced the jobs,” Graeber said. The prospect of unpleasant work can be eliminated with this technology. “I thought capitalism is meant to be efficient”.

United Kingdom is facing a productivity crisis that has “puzzled” economists. The Office for National Statistics said productivity fell in the first quarter of 2018, and stayed below the average growth rate of 2% in the 2008, before the financial crisis.

To Graeber, the reason is obvious. Bureaucratic process such as “form filling” causes productivity to go down. Capitalism, however, tries to solve this by cutting down wages. This leads to strikes. As a result, we have the “revolt of the caring classes” as seen in the strikes by nurses, junior doctors and teachers.

“If you have a real job, you can afford to take time off. When you have a bullshit job, you have to carry on working.”

Professor Deborah James, who chaired the talk, said to Graeber that his work is making people feel bad about their job. Graeber maintained that he is doing an anthropology of value.

Bullshit jobs and the bullshitisation of real jobs throw up a few problems at the workplace such as:

“People are meant to be happy to have jobs but they’re not,” Graeber observed.

He drew his case studies from all over the world, although the main bulk of the research was concentrated in Europe and US. But he did interviewed an engineer in Egypt who felt that his job was pointless because the employer just wanted him to be at work “in case something breaks”. To cope, the engineer became a film buff and writes film commentaries online.

Graeber said: “If you have a real job, you can afford to take time off. When you have a bullshit job, you have to carry on working.”

The problem, to Graeber, is a moral one. We have been taught that “job is good”. The socialist solution is to stimulate aggregate demands and “employ people”. The right wing solution is to help rich people because “rich people make jobs. Give them tax cuts. So they can hire more flunkies”.

Graeber was reminded that even trade unions will never tell people to get rid of jobs that pay their dues. The left and the right feel that it is “better to work even if there is nothing to do”. He acknowledged this, stating that it isn’t easy for workers to walk out of their jobs even if they know their jobs are bullshit. Speaking up your mind about your bullshit job could also cost you your job.

Speaking up your mind about your bullshit job could also cost you your job.

So how do we solve this problem? “Make reasonable jobs not shit anymore,” said Graeber.

He reminded that some people have silly jobs but they think the jobs have real value. They are rewarded well for the jobs, too. Graeber used two examples. First, the ostrich feather fan bearers at the Palace of Versailles during the time of the Kingdom of France. They really took their jobs seriously. It was banal but fanning the kings gave them status.

Jobs: to die for

Graeber said the general attitude towards work is that “you must suffer. Any less suffering makes a job less validated”. There is a difference between having a “livelihood” and having “work”. He asked: “So why do people in bullshit jobs are so unhappy? They have jobs”.

He said that Bullshit Jobs has given us a language to talk about our job situation. Pointless labour affects our well-being, our confidence, our management of finances, our productivity and the economy as a whole. So aren’t we discussing this as a social problem?

About Bullshit Jobs: A Theory